By this time next week the Wanstead Fringe will be well under way, with stalls for the Jumble Trail all set up and Nightingale Lane girding itself for the Duke Street Party.

The Fringe, in case you don’t know, is Wanstead’s home-made celebration which features the best of local talent and great events for people of all ages. Every year the most popular of these events is the Wanstead Kinema, and this year it will again take place in the open air of the gardens at Christ Church on the High Street.

It’s on the evening of Saturday 17 September, and will be showing the huge hit film Zootropolis. Tickets are now on general sale – £6 for adults, £3 for under-16s. You can buy tickets now through the Wanstead Fringe website here – but get in early. We usually sell out (in a good way).

This may come as a surprise to some, but the end has arrived for the original Wanstead Kinema with the start of the building’s demolition.

Only those who monitor planning news closely will have realised permission was granted this summer for the knocking down of the building which housed Wanstead’s cinema until 1956, and latterly a snooker hall and then the Nam Am restaurant.

The designs are by Platform 5 Architects from Hackney and seem, when compared to an earlier view of the building, to be not dissimilar.  The architects say the plan has been “carefully crafted to fit into its sensitive context and echoes the vernacular building forms in order to maintain the village character of the street”.

The demolition comes after a number of attempts at obtaining planning permission – one of which in 2010 was rejected with the verdict that it involved the “inappropriate and unjustified demolition of a modest and relatively simple Victorian building”.

Update, Friday: Wansteadium reader AJS Sends this photo and writes: “Not much left of the back hall yesterday..  and agree it’s a shame the plans couldn’t have included a revamped Purbani’s. 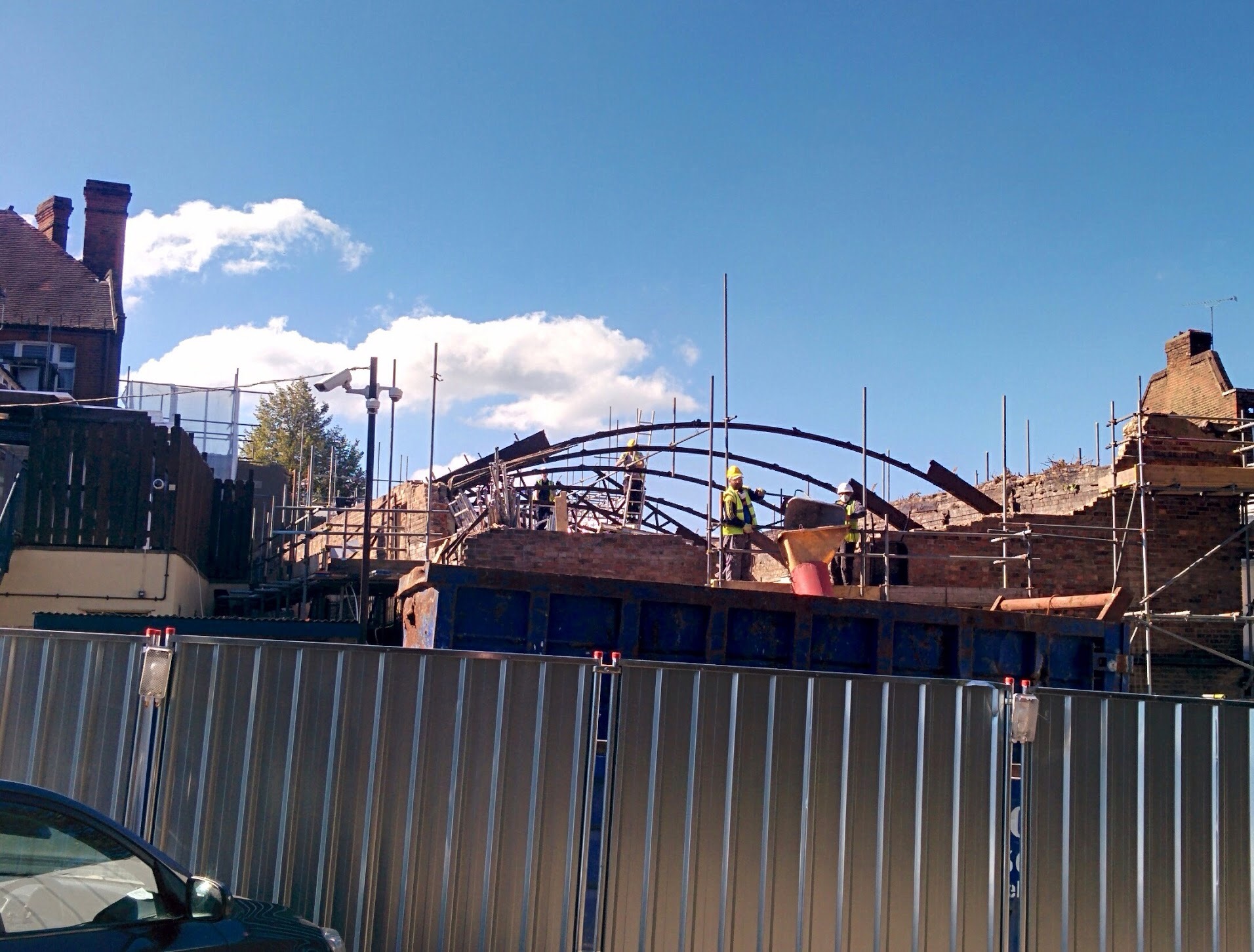 *Fans of cinema need not be too sad. The spirit of the Wanstead Kinema long ago left that building, and now resides at wansteadkinema.org. If you’d like to get involved in future screenings, please get in contact via that page.

The Wanstead Kinema is returning NEXT WEEK to kick off the second Wanstead Fringe which starts on Saturday 6 September. And with a new venue, it may have found its spiritual home – it’s going to take place in the gardens of Christ Church on the High Street. Tree-covered, sheltered, slap bang in the middle of Wanstead… what more could an open air cinema want? 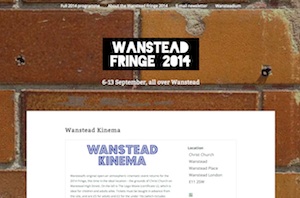 The film will be the brilliant LEGO MOVIE, and will be the first big event of the week-long Fringe. More than 25 events will take place at locations across Wanstead – the full programme is now available online at the Wanstead Fringe website, pictured, where tickets for many of the events can also be bought. Printed copies will be widely available over the next few days.

With a weather forecast which is looking good for next week, the Kinema should again be a magically atmospheric event. You are advised to book early though since places are limited. Prices are Â£5 for adults and Â£2 for under-16s (part of this is for membership of the Wanstead Kinema film club). You can book tickets at this page.

And here’s a taster of the film…

It is a wonderful life in Wanstead. #kinema pic.twitter.com/5I3O4zOXQD

The tap looking good at the Kinema…. pic.twitter.com/mFm4Z80WdO

Not a dry eye in the house. Nothing to do with the beer, it was the teary movie showing at Wanstead Kinema.

And well done Wanstead peeps, only one mobile went off!

Big up to @Wansteadium for putting together a lovely Christmassy pop-up film showing.

Pop up cinema, another reason why it's great to live in Wansteadhttp://t.co/5xsaAGzx5a

The Wanstead Kinema – our very own pop-up cinema – is returning for a Christmas special. And even better news is that it will be showing the world’s favourite festive film, It’s a Wonderful Life.

Just like the first outing of the Wanstead Kinema in the summer, this should be an atmospheric and memorable event. UNLIKE the first outing, this will be held indoors, so there is no chance of getting soaked again.

It’s a one-off screening at 7.30pm on Sunday 22 December. It will be held at Grove Hall on Grosvenor Road, thanks to the generous hosting of the Treehouse After School club. Drinks and refreshments will be available.

Tickets are Â£5 each, and are limited in numbers. You can buy them now only via this website: Kinema.wansteadium.com. Buy your tickets now, get your babysitter booked, get your wings down from the loft.

Wansteadium is delighted to confirm what should be one of the undoubted highlights of the Wanstead Fringe: the return of cinema to Wanstead!

For some years Wansteadium has harboured a desire to bring an open air family film to Wanstead, and that is exactly what is to happen on the evening of Friday 13 September when a screen will go up at Wanstead and Snaresbrook Cricket Club in Overton Drive. 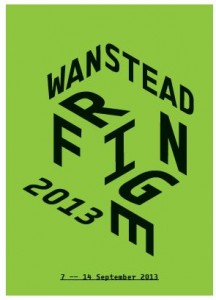 It all seems like a decent way to mark the end of the first week back at school and at the same time cling on to the last vestiges of the summer of 2013. And by a curious coincidence, the event will mark – to the month – 100 years since cinema first came to Wanstead.

So we will be showing Despicable Me, the 2010 animated film starring Steve Carell. Bring cushions, picnic blankets, some nibbles, and perhaps a jumper as well. The club’s bar will be open, and lattes, cappuccinos and hot chocolates will be served from the boot of a VW Beetle. It will be an atmospheric and memorable evening for adults and minions alike.

Since we are expecting this to be a popular event, we recommend you go over to the Wanstead Fringe website and book tickets now so that you can be sure to get in. The site accepts cards and PayPal. Tickets are Â£5 for adults and Â£2 for children. 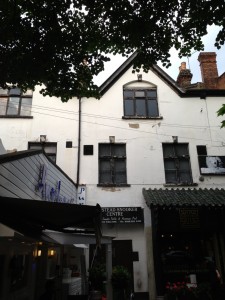 But why, you may be asking, is it Kinema? The answer lies in Wanstead’s own cinema which, according to the Cinema Treasures website, opened in October 1913. It was in what is now the former snooker hall next to the George (left), and though it was at first called the Wanstead Empire, it became the Kinema in 1930.

It closed in 1956 – its last film was Laurence Olivier in Richard III – and since then the building has been used as a bowling alley, a nightclub (“Night-owl”), a bingo hall, gym and now snooker hall.

So Wansteadium is proud of its Kinema project to bring back films to Wanstead. Like the Fringe itself, this is just a start – and with the right backing from the kind of people who read this blog, who knows what might happen?

Big thanks will be due to the officers of the Wanstead Cricket Club for their support, and to Petty Son and Prestwich for their serious generosity.

Now go and book some tickets.