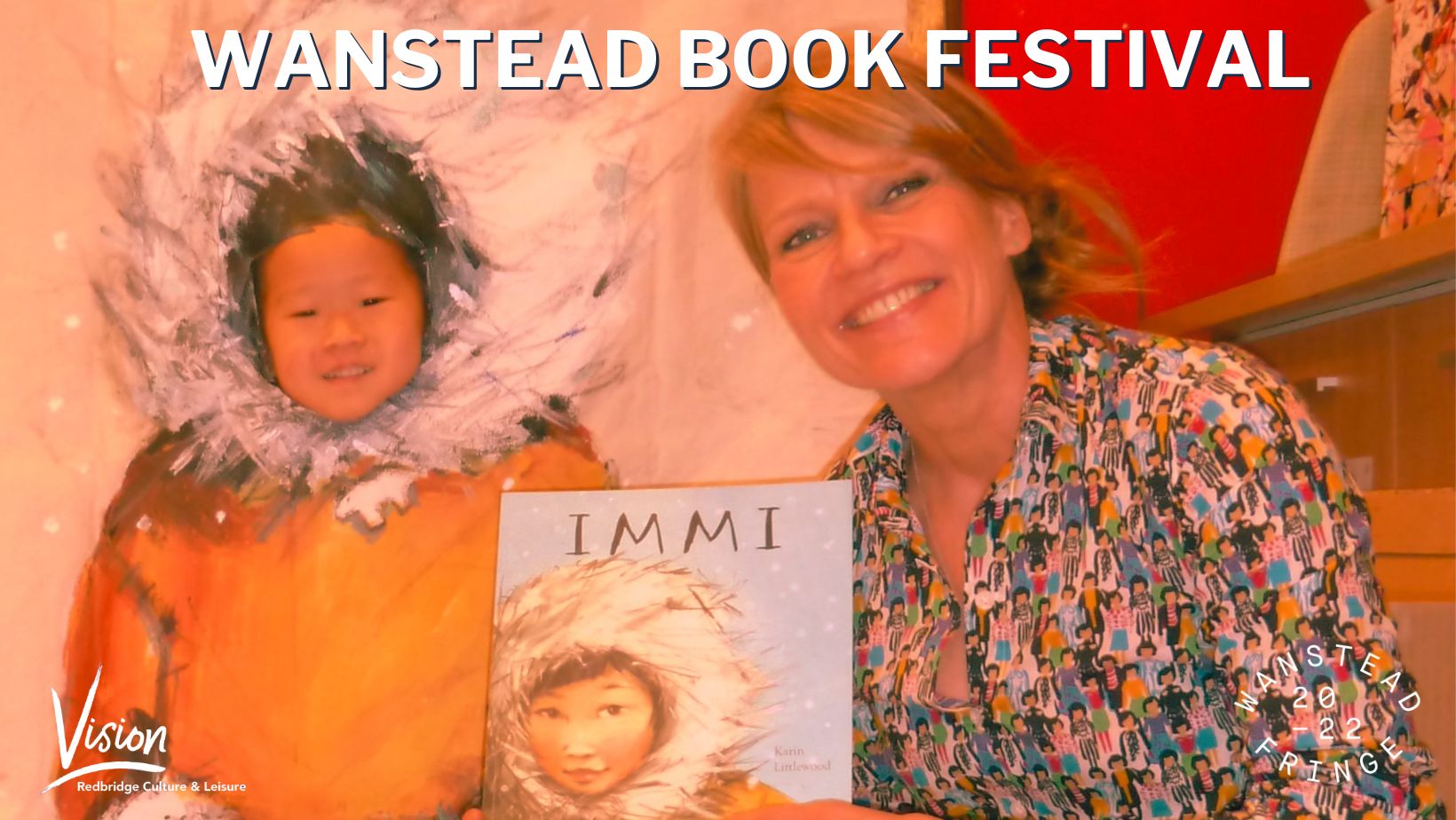 Join well known and much loved children’s author and Illustrator  Karin Littlewood in a hands on Illustration workshop based on one of her best known books ‘IMMI’.

It’s a story of friendship across the world, and how the simplest of gifts give the greatest of joy. Following the storytelling , everyone will get the chance to be an illustrator too!  Karin will show you lots of quick and easy drawing techniques and you can have fun drawing characters from the book, inspiring new stories to emerge from the pictures you draw !  The event will be followed by a book signing. Copies of Karin’s books will be available to buy from The Wanstead Bookshop stall.

About Karin Littlewood
Karin Littlewood is an award winning Illustrator and author who lives and works in London. Originally from Yorkshire, she studied graphic design at Northumbria University, followed by an MA at Manchester Metropolitan University where she specialised in Illustration. Although when asked how she became an Illustrator, the lines really do blur as she feels as if she has always been one from the day she could hold a crayon … and has never stopped drawing since!

She has illustrated over 40 children’s books, as well as writing and illustrating her own books and is published in the UK and worldwide. Many of her books have been nominated, shortlisted and have won awards including three Kate Greenaway Medal nominations.

This event is part of Redbridge Libraries Mini Mix programme and the Wanstead Book Festival and Wanstead Fringe Festival.

+ Google Calendar+ iCal Export
We use cookies on our website to give you the most relevant experience by remembering your preferences and repeat visits. By clicking “Accept All”, you consent to the use of ALL the cookies. However, you may visit "Cookie Settings" to provide a controlled consent.
Cookie SettingsAccept All
Manage consent