We knew it couldn’t last. When the Wanstead Comedy Night bizarrely relocated to Leytonstone last year, organiser Jon Fentiman did his best to put on a brave face.

It was possible, he told us at the time, for the proud folk of Wanstead to venture outside the hood and remain psychologically intact. He encouraged the recitation of a mantra – â€œI am part of Wanstead and Wanstead is part of me. Knowing this helps me feel safe beyond the Green Man Roundaboutâ€ – and even imagining wearing a Judith’s dress to give the ego a boost to overcome the trauma.

Well, that was in May. Now we’re in February and are delighted to report that it’s coming home. From this Thursday evening, the Wanstead Comedy Night will be back in Wanstead – initially at the Eton Manor Rugby Club on Nutter Lane but from next month at its new regular home of the Wanstead Golf Club (ie this is change of venue to the report in the Wanstead Guardian).

The celebratory line-up for this return event will include Paul Sinha, who is a regular on Radio 4 and has just been commissioned by the station to produce his first series.

Wansteadium now plans to resume its former practice of a post consisting of half-remembered best lines from the evening. Anyone contributing will win a keyring. 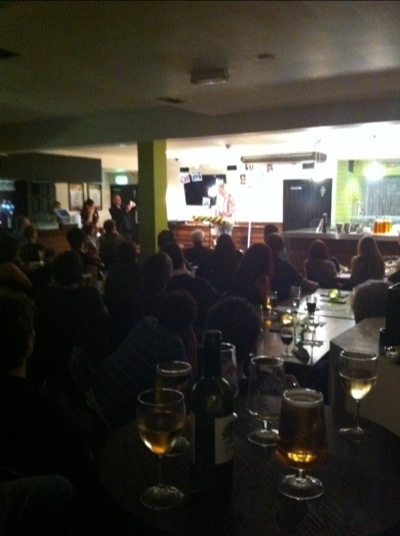 The Wanstead Comedy Night is no more, after organiser Jon Fentiman and venue Bar Room Bar on Wanstead High Street could not reach agreement over security levels. According to Jon, the bar was insisting he fund two bouncers for the door for the monthly event which was attracting healthy crowds and a high standard of performer.

Jon is hoping to keep faithful attenders happy by continuing events at an Indian restaurant in Leytonstone, but it has to be questioned whether this venue – open only to diners – will be able to retain the atmosphere of a comedy club. (Jon says: “Sorry, but it’s No curry No comedy!”) The next evening is on 10 May, details available at http://wansteadcomedynight.co.uk

If anyone has any better ideas of venues actually in Wanstead for the continuation of the Wanstead Comedy Night, now would be a good time to suggest them… 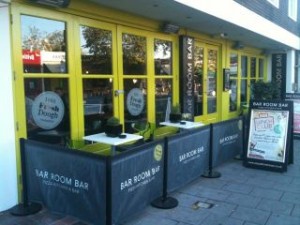 On the bill are Philberto, Robert White, Pat Cahill and others. Full details here at www.wansteadcomedynight.co.uk; tickets are Â£5.

And in the first of a regular collaboration between the organisers and Wansteadium, anyone who attends and successfully nominates one of the best three lines of the evening (by email to wansteadium@gmail.com) will win a luxury Wansteadium keyring (actual value 0.0001p).