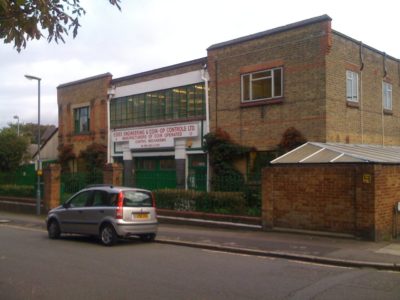 The History of the World in 100 Objects, which the British Museum director Neil MacGregor has been running on Radio 4 in the past year, has just revealed its final object. But one of the objects nominated was manufactured in Wanstead.

A hand-held sewing machine made by Essex Engineering on Nelson Road after the War was suggested by a listener because it was “a sign of a make-do-and-mend culture – a time when people made clothes for their families to save money”.

Known as the Essex Miniature Sewing Machine, it was inspired by a toy which had been made in America. The company decided to start making a functioning version, and sold 150,000 by 1956.

The firm still operates from its neatly maintained factory just at the end of Nightingale Lane. It now designs and manufactures the mechanism for coin-operated machines. Many a pool table and laundrette washing machine have depended on it, and now the company exports its mechanisms throughout the world. As its website puts it, there is a simplicity about the notion of a coin-operated machine:

Coin slides will work in the Namibian desert just as well as in a rain forest or an Eskimo’s igloo. Coin slides are also, of course, totally free from any wiring problems allowing the device to operate anywhere – and use only the energy supplied (quite freely) by the customer!

It’s not particularly glamorous, but the tale of the company is one many will warm to. Still in family ownership, it employs about 35 people, a number it says has remained constant for the past 50 years. “It is 100% family owned and run, as near as is possible, as a family,” the company website says. “The average length of employment is around 14 years and has stayed at this level since the late 1950s.”

More information on the company here.