Itâ€™s our Anniversary!Â I canâ€™t believe that itâ€™s only a year ago that a group of people met at Wanstead station after a piece appeared in Wansteadium asking for volunteers. Â The idea was to make the area around the station just more pleasant especially for commuters. Â Among the bushes were 10 empty spaces where shrubs had died. These had become weed filled with the usual detritus bottles, cans, dog ends, chewing gum and general mank. 10 nice little patches, waiting for something to happen. Iâ€™d arranged with the council that this area could be taken over by the community just hoping some community would turn up on the day. They did.

Our first job was to get rid of the mank. Â After thatâ€¦ planting. Â Stuff from our own gardens, hardy, needing little care. Each patch was adopted by a family or individual and began to develop its own character. Many thanks to flower shop Daisy who donated their â€œpast sell by dateâ€ plants. Â All went into our patches and are delighting us with colour now. The station staff were in on the act, filling our watering cans and overwintering our geraniums on their window ledge. They are delighted at the transformation. Something worth looking at.Â

The little hand painted slate signs with â€œWanstead Community Gardenersâ€ on, were the inspiration of one of our more artistic volunteers. They just finish off our patches and much to my amazement, they have stayed there. Â This isnâ€™t just about plants. Â Itâ€™s about community, people coming together to make something rather lovely out of nothing much. Â Weâ€™re taking ownership and that means a lot more people keeping the patches litter free.Â

Well, this is all worth celebrating so a couple of Sundays ago we met at the Victorian water trough/ drinking fountain opposite the station Â to set up the last empty flower bed. This has stayed empty for seed sowing. We, weeded, raked, dug in some good stuff and seeded. WATCH THIS SPACE. Â With a specially made cake and fruit juice, we toasted ourselves to another successful year.Â

Anyone wanting to join in the fun, contact me via marian@wansteadium.com and Iâ€™ll put your name on the email network for future work parties. No experience needed. Â 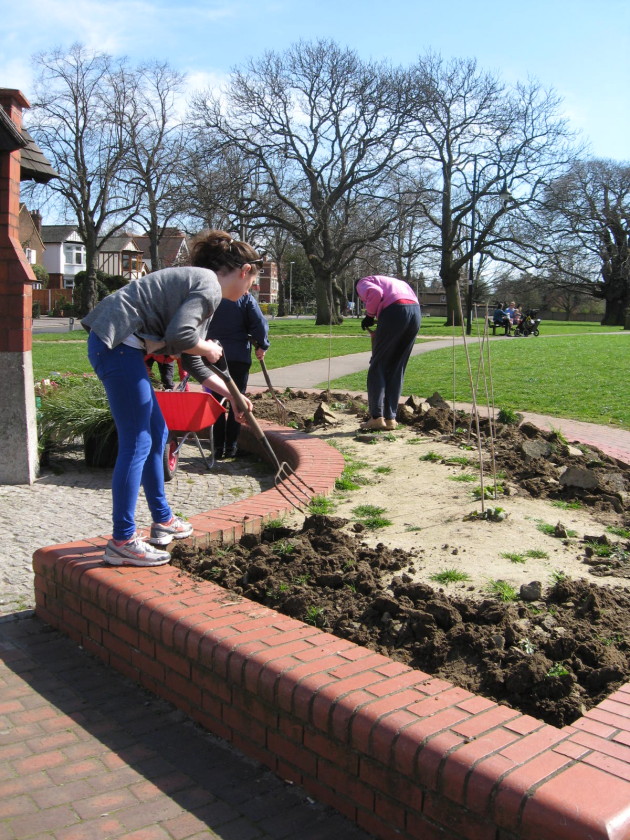 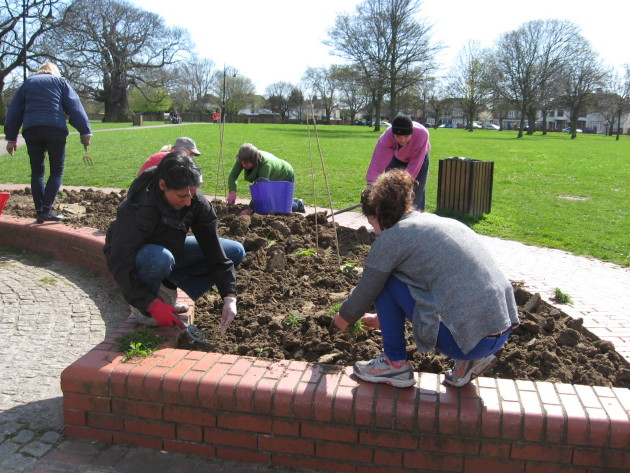 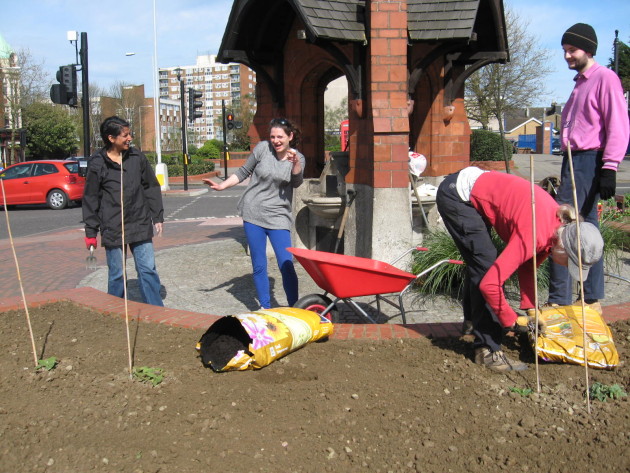 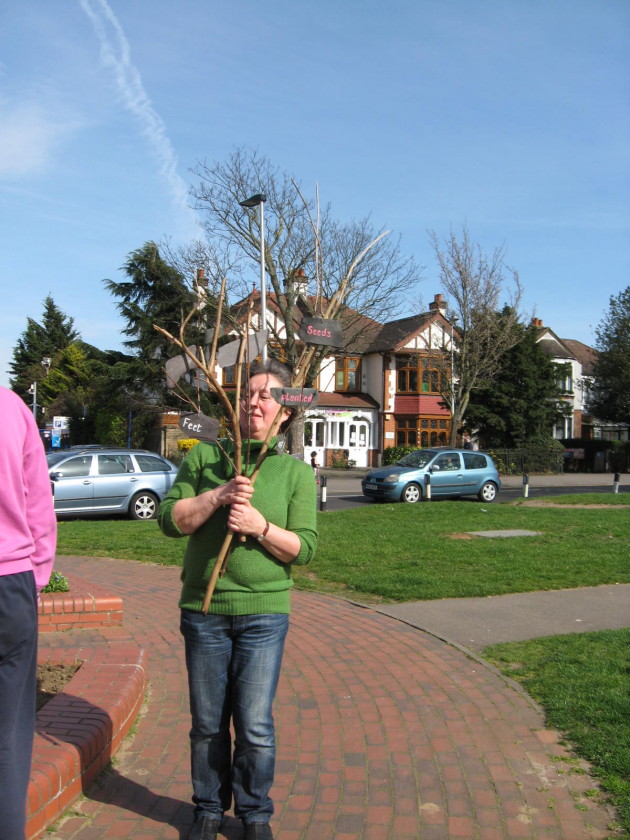 4 Comments on "A year of gardening"