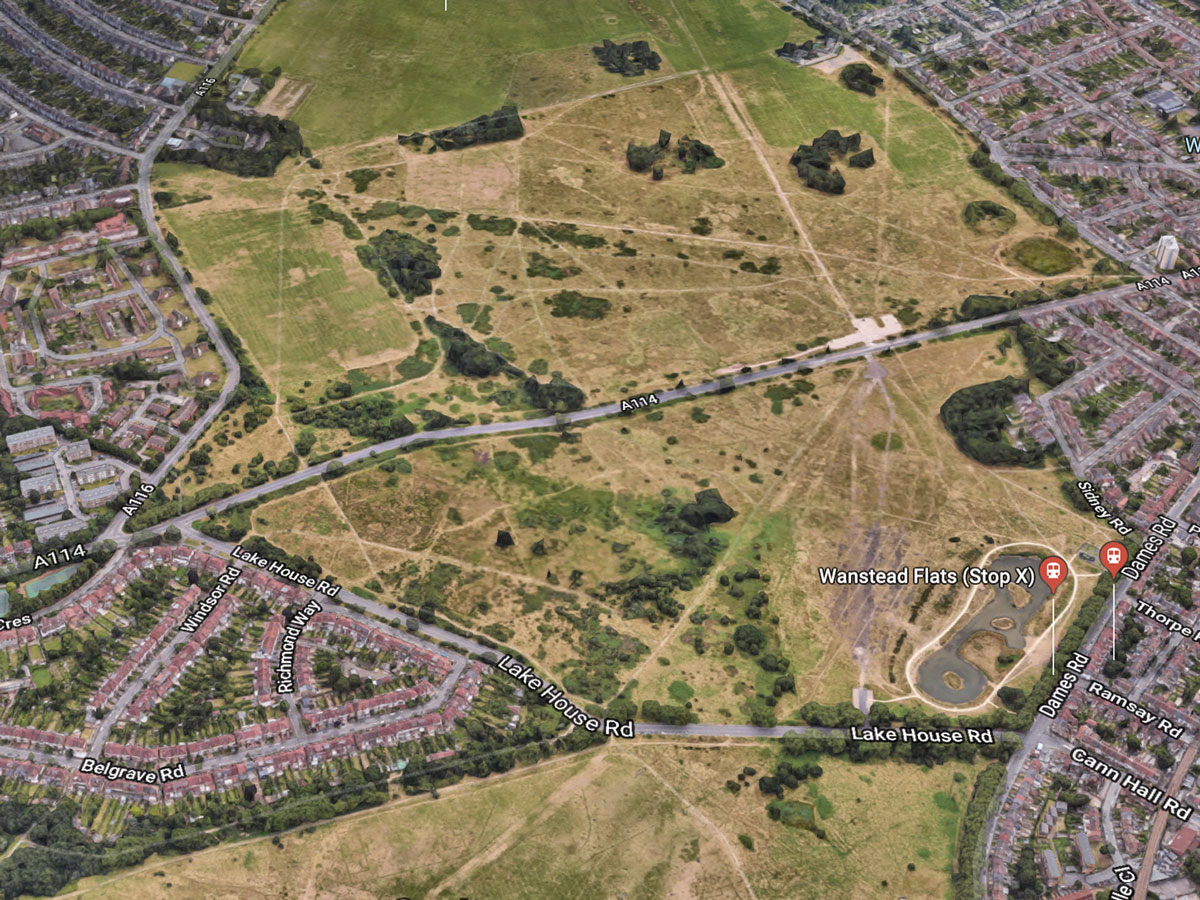 This aeriel photo taken by the National Police Air Service (who tweet at @NPASLondon) compared with Google Maps shows the extent of the damage of the fire on Wanstead Flats and the jeopardy that people living in Lake House Road were in.

#NPAS61 assisting @MPSRedbridge @MPSWForest @MetTaskforce and other officers from @metpoliceuk keep members of the public safe while road closures and diversions were put in place to allow the @LondonFire attend and deal with a large grass fire on Wanstead Flats. #Teamwork pic.twitter.com/EZ85QSJWhW

Very large fire on the tinder-dry #WansteadFlats. Very heavy smoke will affect roads in the area. Whether on foot or driving please avoid the area for the time being.@LFBWForest pic.twitter.com/5D4SNa1k0S

Is this a fire? Looks like it's in or near #WansteadFlats park, #Stratford pic.twitter.com/c71PISCpPH