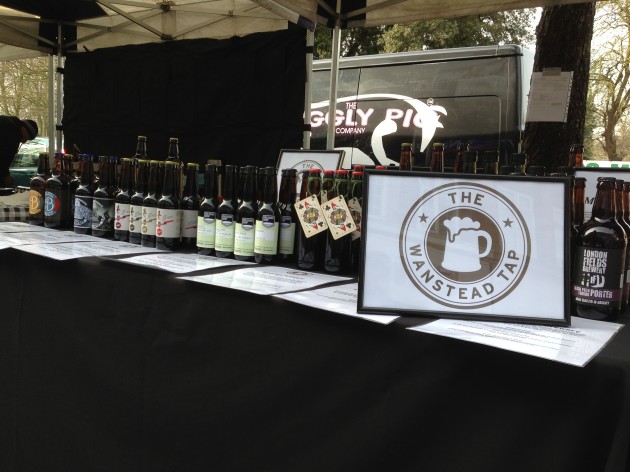 Belated congratulations to Wansteadium reader (and sometime cricket correspondent) @nutterlane (Dan Clapton) on the successful launch of the Wanstead Tap, a kind of virtual microbrewery which had its first outing at this weekend’s Wanstead Farmer’s Market.

Rather than brewing his own, Dan sold a range of bottled beers which are made within a Volvo ride’s distance of Wanstead, including Little Brew from Camden Road, Pressure Drop from Bohemia Place (E8), Hackney Brewery American Pale Ale, Night Watchman from the East London Brewing company, the London Fields brewery, and the Wildcard Brewery from Higham Hill.

We’re pleased to report it was a sell out (in a good way). This could be a green shoot of economic recovery.

2 thoughts on “Beer and circuses”