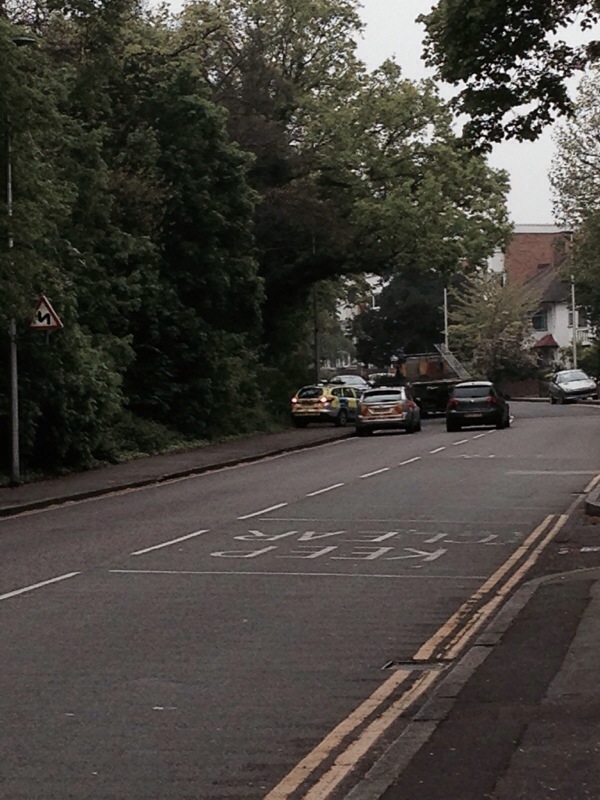 Ilford Recorder reporting that a body was found in Wanstead on Sunday by two boys playing in woodland.

Police taped off an area of the woods on New Wanstead on Sunday and remained there on Monday morning.

It is not yet clear how long the body had been there or how it came to be there. The paper says police are still identifying the body.

Update 2.30pm: Wanstead Guardian now reporting that police estimate the body had been in the woods for up to two months, and that they were treating it as a crime. 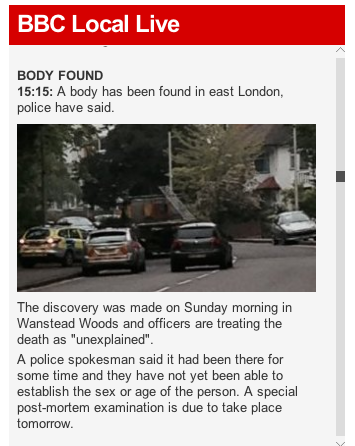 BBC London also reported the find, clarifying that the death was unexplained, that the gender cannot be established, and that a post mortem examination will be held on Tuesday.

9 thoughts on “Body found in Wanstead”