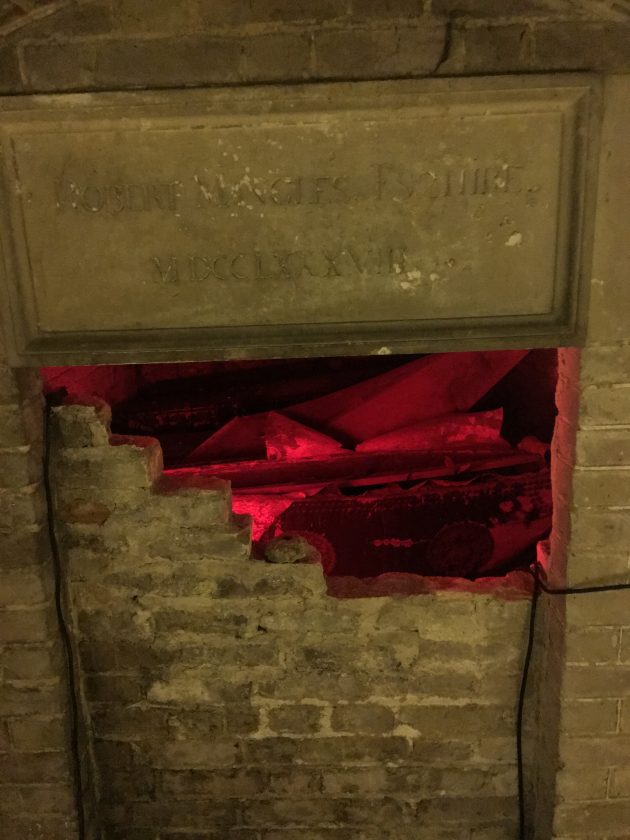 A mystery about who robbed a coffin in a vault in the crypt at St Mary the Virgin in Overton Drive has deepened after visitors were once again allowed to go beneath the church.

One of the vaults, pictured above,  was believed to have been robbed in the 1950s, probably for the thick lead which was placed around the 19th century coffins. But a visitor to the crypt during the Open House London event on Saturday told church officials that he had been a chorister at the church in the 1950s, and said that the vault had been long-robbed by that stage.

This raises the possibility that the robbery happened much earlier than had been thought, and possibly even closer to the time of the original interrment. Bodysnatching was known to occur, as is indicated by the presence of a watchman’s sentry box in the churchyard.

So the question remains whether there are any remains in the coffins. Further investigations may now take place.

There are more opportunities to visit the church and crypt on Sunday as Open House London continues.