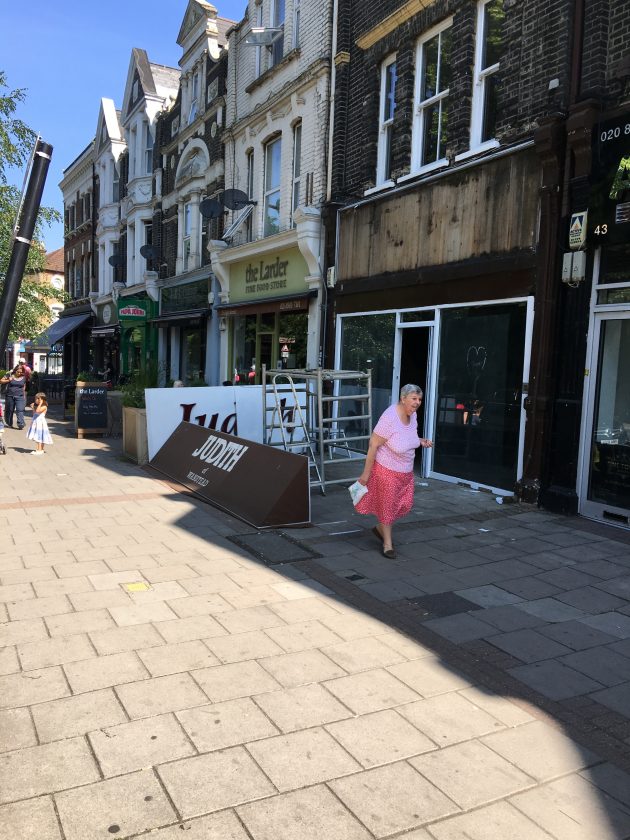 The work to expand the Larder into the former Judith of Wanstead shop has broken through – the wall between the two shops is now down, as are Judith’s iconic signs.

The new premises will allow a larger kitchen and more seating. It’s a bold move by the Larder when Wanstead has so many more cafes than when it started. But then the Larder has become a Wanstead success story. From its birth here, it now has six branches around East London – Butler’s Retreat, Bethnal Green, the William Morris Gallery, Walthamstow Wetlands and Newham.

Good luck to Paul and the team on the next stage in their development. 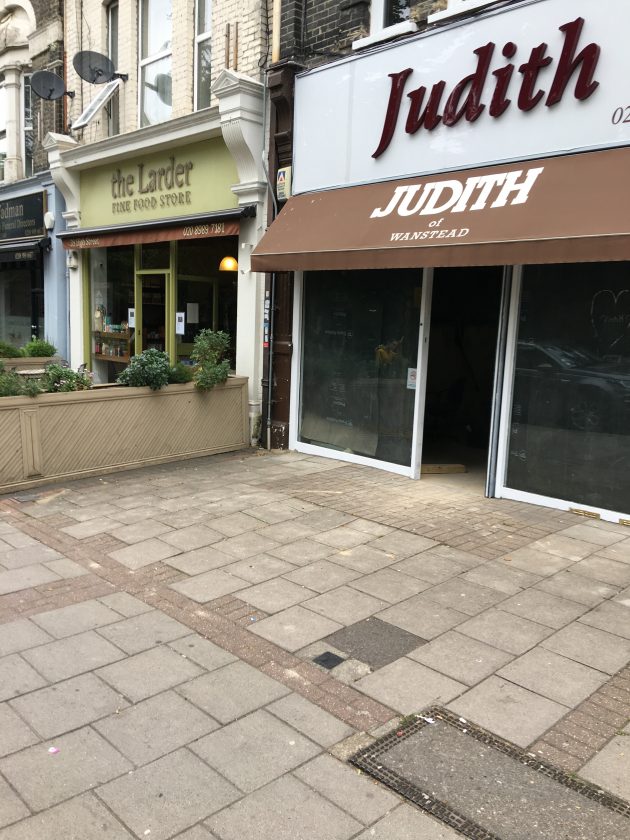 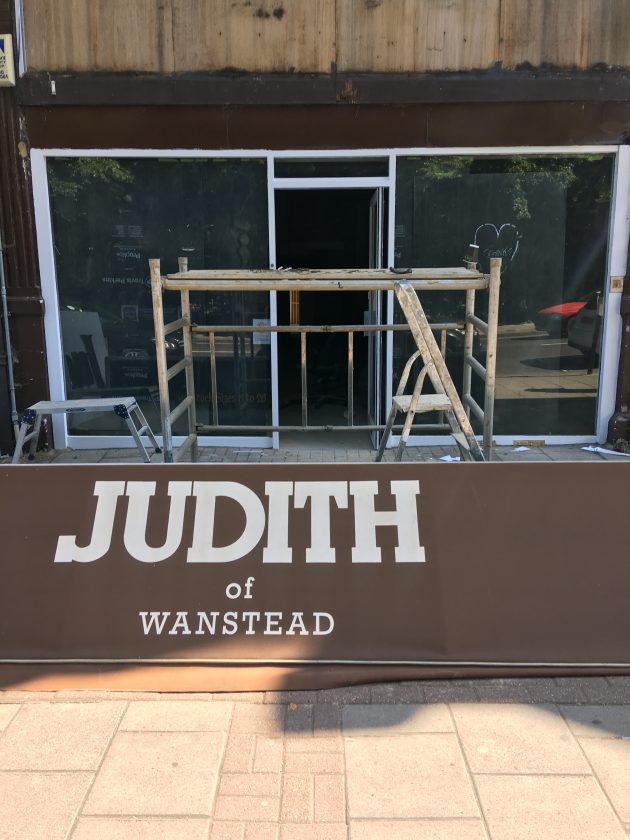 5 thoughts on “Breakthrough at the Larder”