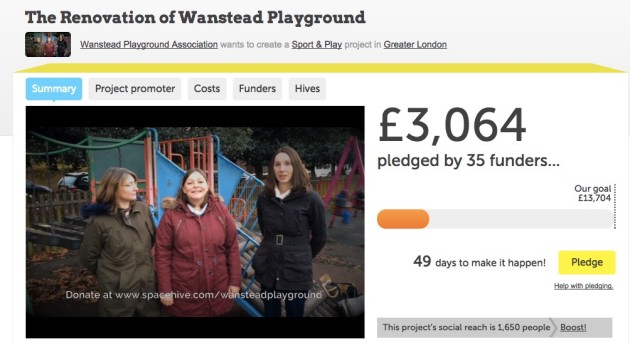 The parents behind a crowdfunding bid to rejuvenate the Christ Church Green playground have got, rather like a toddler sitting in a swing, a big push from behind as more than Â£3,000 has been pledged by 35 funders in the appeal’s first couple of days.

The target is Â£13,704, which will pay for:
* New, modern and inclusive equipment
* A toddler-friendly play area
* Child-friendly flooring
* More benches and places to sit

An action plan along with details of how to contribute has been published by the group – calling itself the Wanstead Playground Association – and you can go to the site via this link. Future fund-raising events include a Frozen Singalong on 7 March from 10-12.00 at the Duke, and a Wanstead Comedy Club event on 27 March. Keatons boards will be going up around Wanstead and South Woodford advertising the appeal (which will make it look like everyone has decided to sell up, but in fact probably shows the opposite).