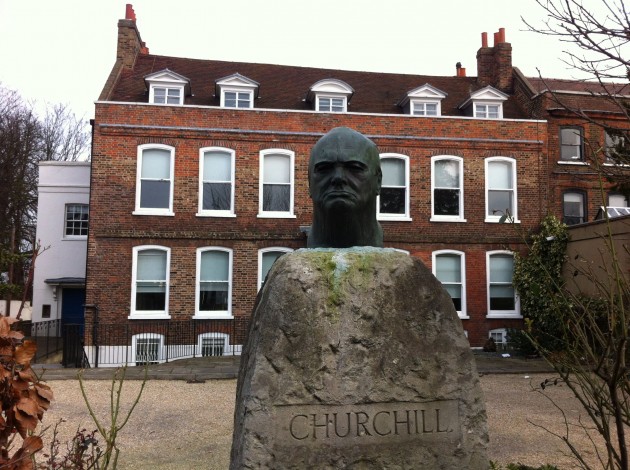 An application to put a restaurant into the former Allied Irish Bank (and former Tory HQ of Winston Churchill) was approved on Monday night by Redbridge councillors.

The bank, properly known as the Manor House, has been vacant for more than a year, and there was a widespread belief that pizza chain Prezzo might open a branch there. This turned out not to be true.

However, Councillor Paul Canal tweeted on Monday night that plans had been approved. He wrote:

He added that the application was not from Prezzo, but was rather from a “Wanstead one-off”. And then, intriguingly, he described the plan as: “English/European Gastro style mid/up market cafe and eatery, hopefully some decent wines too!”

So potentially good news for a sign-writer too. More information as we get it. In the meantime, it might be diverting to wonder what Churchill-related name an English/European gastro style mid/up market cafe and eatery might choose. The V Sign. The Ugly Madam. (contd below…)

>Update: Paul Canal has added: “We need to avoid cheap chicken take aways,and work hard to preserve a good balance of retail. This project should stop some people being seduced by the bright lights of Westfield, create local jobs and bring more choice to Wanstead residents.”

The man behind the plan is Mark Foster, who lives in Wanstead. The plan is for a venue over two floors, opening at 8am.