After months of discussion, Costa seems finally to be moving on its Wanstead plans.

The firm yesterday advertised for the post of Wanstead store manager for a salary ofÂ Â£18,000 – Â£21,000, but does offer a 60% bonus scheme. In April the firm applied for permission for illuminated signs for a cafe at the former Enigma hairdressers at Clockhouse Parade. The applicationÂ has not yet been decided, but the Wanstead Society is opposing the application, as they do with all plans for illuminated signs.

Last week a branch of the cafe chain opened in George Lane in South Woodford.

Earlier this year it was revealed that 1,700 people applied for just eight positions created when Costa opened a new cafe in Nottingham. 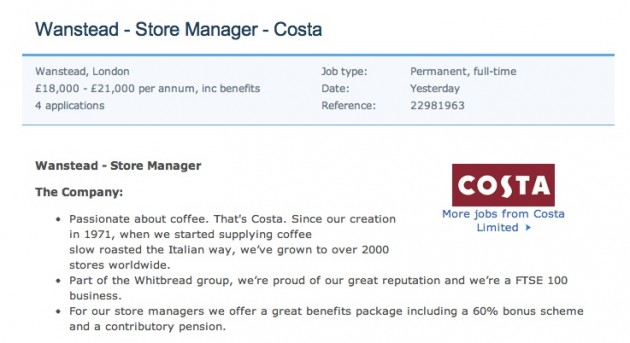