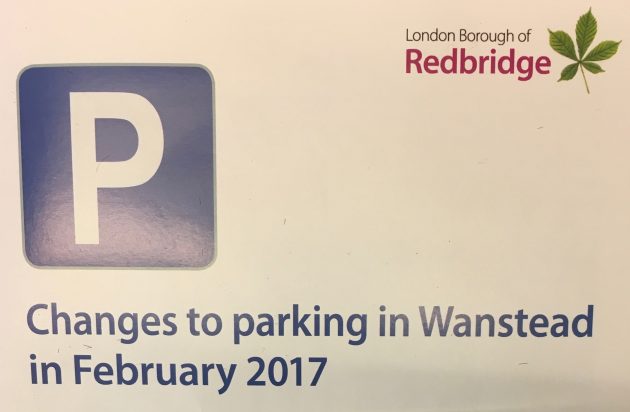 A petition demanding Redbridge council consult with Wanstead residents and businesses before it introduces a dramatic new parking scheme has been launched.

The council announced plans which will take effect in February in a leaflet distributed earlier this month, but has not held public meetings in advance of the announcement, even though previous schemes were very widely discussed. The first of two drop-in sessions is being held at Wanstead Library today, Wednesday, but residents are not being given the chance to question officials or council leaders about the plan.

The petition has been launched by Art Trail founder and community activist Donna Mizzi and can be found at Change.org or below.

53 thoughts on “Demand for consultation over parking”