Our new guestblogger, Mr R Newbie (not his real name) is about to move with his family into Wanstead. He writes:

We were so delighted to bump into the cheerful Wansteadium on the interweb, that Mrs Newbie and I were invited to share a few thoughts about our forthcoming and long-hoped-for relocation into the area.

The good name of Wanstead is very prominent in our family at the moment. So current is the name, in fact, that we are even singing about it over the washing up – so you can tell we are excited.

After 20 years in central London we want the big skies, the open spaces and the time to stop and chat, both for us and for the younger Newbies – and the dog, of course (it’s really all about the dog).

Now, it is true that moving house is as stressful as anything you like – and so is getting older which sometimes comes with getting ill – but it helps a lot that we do have some deep history here. In fact, Wanstead still seems to carry something of my late grandfather’s old-fashioned stoicism and grace, reminding us to remain cheerful and uncomplaining. 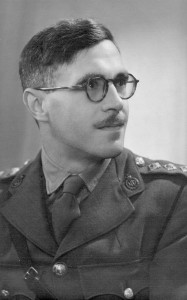 My grandfather Sidney Francis Fish lived here in Leicester Road with his family from the 1930s. Born in 1912, he grew up one of seven poor kids packed in to a small terraced house in Stepney – their father worked as a â€œtramway conductorâ€. He left school at the age of 16 to get a job as a bank clerk, but meanwhile continued to study at night school, trying to get on. He told us that when the family moved to what he called Wanstead’s “leafy purlieus”, it was a definite move up in the world – as you can probably see in the group photograph, serious though the year was. (Standing top right is my grandfather Francis, and sitting in front of him my lovely grandmother, Scottie. Sitting on Granny Fish’s knee at the centre, is my mother.) 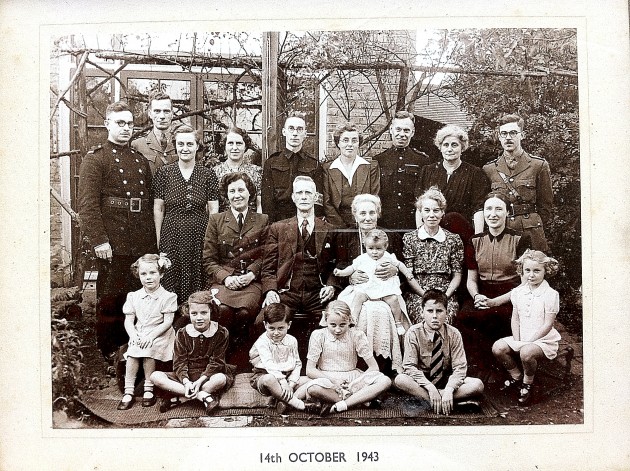 “We could be anything that we Wanstead to be…”

Francis served in the war in France and at home, escaping with only slight injury – but it was suffered, I’m afraid to say, in Wanstead. Going to his post at Whipps Cross Hospital one dark blackout night, he freewheeled his bicycle down the drive – and went smack into the hospital gates, not seeing that they were closed. His glasses shattered, and lent him the permanant company of a small piece of glass in one eye. But never complained (I only found out about it recently) and it did not stop him studying dentistry and finding his way eventually to research and a professorship at the London Hospital on the Mile End Road.

“Wanstead, over the rainbow, there’s a land that Ive heard of once, in a lullaby”

His kindly ghost is still very much with us: forgive us, please dear Wansteadians for our awful bits of song. In due course we hope to give back something of what the place has given to us, via our patient and wise professor.

Perhaps we can start by sharing, over the next few months, what it’s like to be a newbie in Wanstead. Already we find when we visit that everyone we ask says they love living in Wanstead, and that it’s a community where everyone knows everyone – one of those best-kept-secrets.

Our longed-for move is pencilled in for 31 July… and we can’t wait for early morning walks in the Park and on the Green (and picking up some of the litter?), or choosing meat for supper in the butcher’s, and enjoying a beer in the Nightingale. So look out for us and say hello, we will be carrying handfuls of litter, walking a small scruffy black dog, singing silly songs (and wearing a red carnation). Next time, I hope to write about the first strange few days in a new home and a new place.

5 thoughts on “Diary of a move to Wanstead”