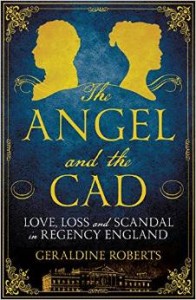 Wanstead is becoming quite the mecca for writers. While Anya Lipskaâ€™s latest novel was being launched, another book by a Wanstead writer was also finding its way to bookshops. The Angel and the Cad by Geraldine Roberts, left, has already been nominated as a book of the week by the Times, and more accolades seem certain to follow. 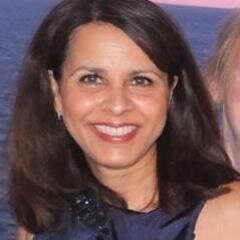 The book is dubbed â€œLove, Loss and Scandal in Regency Englandâ€, but for many Wanstead readers the intrigue and the scandal will be overshadowed by a sense of loss. Itâ€™s the tale of the disastrous marriage and betrayal of Catherine Tylney Long by William Wellesley Pole, which resulted in the plundering of family treasures held in her Wanstead House mansion – all to pay the debts of his high living. And of course, the fact that there is nothing left of the mansion except a bunker near the 18th hole at Wanstead Golf Course, the result also included the destruction of the house to be sold for timber and stone.

Geraldine (a Wansteadium reader, incidentally, whose website is here) has over a period of 10 years pieced together the story from records, letters and newspapers and, as the Times reviewer said, describes it in such detail â€œyou would swear Roberts had been thereâ€.

The reviewer in BBC History Magazine said: “Roberts does an outstanding job of bringing this dark tale to life, and her book truly is a page-turner that surpasses any work of Regency fictionâ€¦the authorâ€™s meticulous research is commendable.”

You can buy the book here. And on Tuesday, it will be Wansteadiumâ€™s privilege to be publishing an exclusive extract.