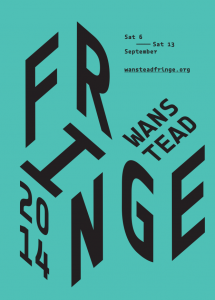 Something like the Wanstead Fringe takes a huge amount of effort from a lot of people. It also takes a bit of cash, which this year was again generously supplied by Petty Son and Prestwich. But in case you were wondering, and barring any shameful erroneous omissions, these are the responsible parties who brought you the Wanstead Fringe 2014:

The winner of the Cherry Pie challenge was Orla Dean for correctly identifying the tiled bricks as being outside Bennett’s newsagents.

Thank you to all involved. If you feel the urge to get involved for 2015, drop a line to info@wansteadfringe.org. We’re particularly interested in hearing from you if you have ideas about music of different varieties, talks featuring matters of really local interest or history, and theatre. Some theatre would be really great. But time moves fast and so if you have ideas, do bring them forward now.