Labour have held Leyton and Wanstead; John Cryer is the new MP. There was a small swing to the Lib Dems from Labour – 2.6% – and the Conservatives were third. All other candidates, including BNP and Green, lost their deposits. Turnout was 63.2%, up 9.3% on 2005.

From around the web 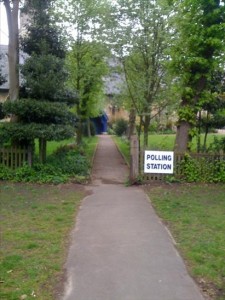 7am: Turnout was 63.1%, but counting has taken much longer than expected, and Dominic Binns is reporting that no declaration is expected until 9am.

BBC estimate of Leyton and Wanstead declaration is 3am. Wanstead Guardian’s Daniel Binns reports that not many candidates are at the count yet – though John Cryer and Edwin Northover are there – and that a result is not expected for “many more hours yet”.

Redbridge election officials say there were no problems with polling stations and queues in Leyton and Wanstead, the Wanstead Guardian reports.

23.15
Yellow Advertiser reports rumours that one count in Wanstead which normally has a 30% turnout has reportedly had 75%.

@zzgavin voted in leyton & wanstead, ex-MP H Cohen. Voted #libdem for chance at reform plus might be a marginal 7k to Lab, but lots of libdem posters

iamjamesward It has been FIVE MINUTES since I invited the candidates standing in Leyton & Wanstead to try to win my vote and I have heard NOTHING.

blue_harvest Didn’t know wanstead even had a BNP candidate until i saw it on my ballot paper. Strangely enough, i didn’t vote for him. Come on the blues!

BACKGROUND
For information, the 2005 Leyton and Wanstead result, adjusted to reflect recent boundary changes, was:

One thought on “Leyton and Wanstead election result – Labour hold”