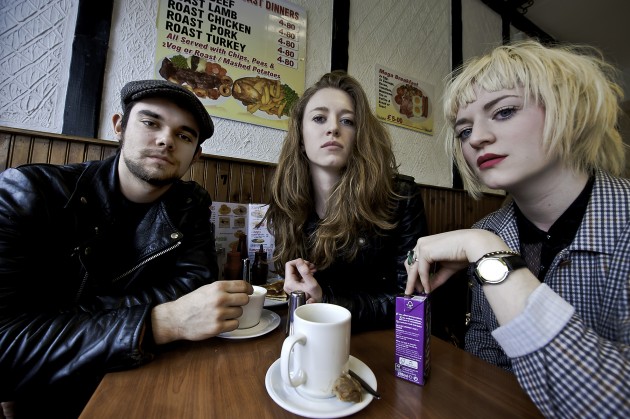 Good luck to Wanstead band Bleech whose debut album Nude is being released on 4 June, after a period of touring and recording while gathering acclaim from people including Lauren Laverne and Steve Lamacq.

The band are Jennifer Oâ€™Neill (centre; guitar and lead vocals), Katherine O’Neill (bass and vocals) and Matt Bick (drums and vocals). There are three more dates in the UK tour, details of which are here.

Last week’s Kerrang! said that the band “take the soul of grunge and add flashes of power-pop and punk”. (It appears to be a compliment.) The O’Neill sisters, one of whom will be familiar to customers of the Larder, are also praised for their “wonderfully cool veneer on stage – which adds to the intrigue of their music”. The video below, though containing a single use of a Category One swearword, has a special topical theme in recognition of the timing of the release.