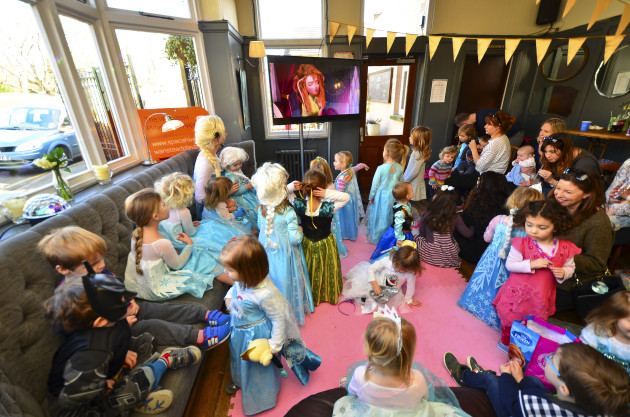 The crowdfunding appeal to raise money for refurbishment of Wanstead’s playground on Christ Church Green has had a number of boosts. Three Â£500 donations – from Dabora Conway, Martin & Co and Zeeba Daycare – have taken the total to more than Â£8,000. There are still three weeks left for the campaign to reach its Â£13,000 goal.

One of the campaign’s fundraising events was a Frozen singalong at the Duke on Saturday which raised more than Â£300 (Geoff Wilkinson was there to capture the moment). Two similar events have been planned for 18 April and 13 June – and people wanting to pledge money NOT to have Frozen earworms given to them can do so at www.spacehive.com/wansteadplayground.