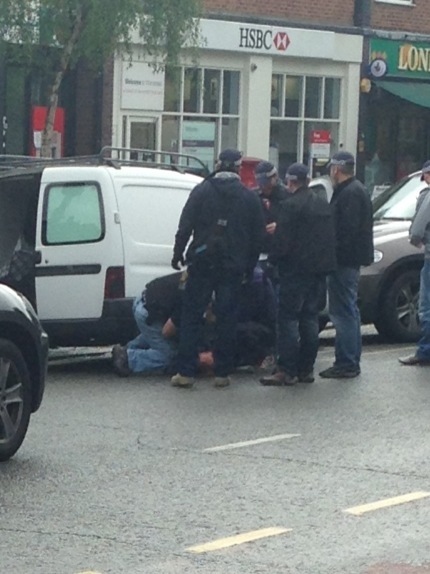 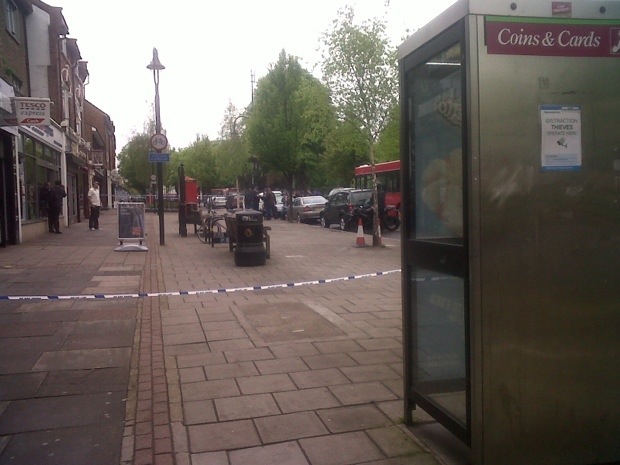 Police have denied shots were fired on Wanstead High Street shortly after 9am today as armed officers appeared to foil an attempted robbery on the Wanstead post office.

Plain clothed police swarmed the area amid reports that they were ready and waiting for the robbery to take place. Witnesses saw a man detained on the road.

Two elderly women said they heard two shots being fired, but thought it was a car backfiring.

One Wansteadium reader, Dan Clapton, said: “Shortly after 9am there was a shout of ‘armed police’ and two loud bangs, followed by some shrieks. Plain clothed armed police were pinning a white male to the ground by a small white van outside Tescos. The whole of the high street is now closed off. Armed police everywhere. There was a cash van about to make a delivery.”

Update 10am: Wanstead Guardian is reporting that police say an arrest has been made, and that shots were not fired – the sounds heard were cars hitting each other.

Update 1pm: Police now saying they fired “Hatton Rounds”. (Wikipedia defines these as: “They are used by military and SWAT teams to quickly force entry into a locked room. Amongst police, these rounds are nicknamed ‘master keys’, and their use is known as ‘Avon calling’.”)

Update 1.15pm: Operations appear to be continuing around Colvin Gardens on the Nightingale Estate, where a car has been covered with tarpaulin.

Gun shots in Wanstead High Street as a planned arm robbery of HSBC is foiled by police #wanstead pic.twitter.com/KXxfLoSiHS

Robbery in wanstead! What is the world coming to! Last haven in east London gone haha! #nowhereissafe

@RyanAMcFarlane There was no actual shooting from what I saw. #Wanstead

Who says Wanstead is boring… #WansteadGunfire

#Wanstead armed robbers had railway sleeper in back of van, presumably to smash way into post office or bank. pic.twitter.com/wGGmak9oU3

@ourvenice Most exciting thing to happen in Wanstead since the Controlled Parking Zone Controvesy… ;0

Send any info to wansteadium@gmail.com