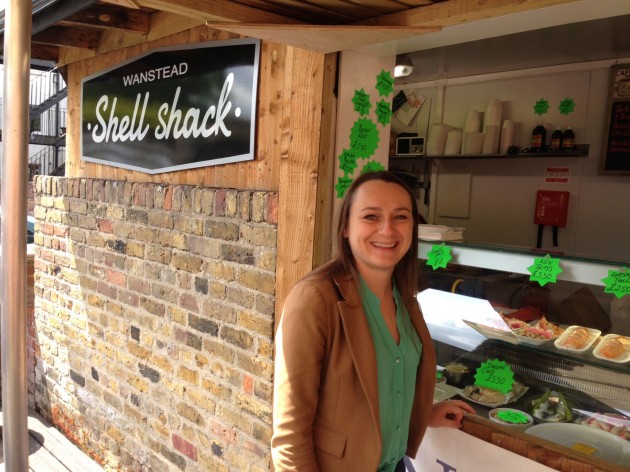 I know, I know, I’ve been slacking on my duty to test and blog about Wanstead culinary developments. Actually, to be honest, I’ve still been doing the testing, naturellement. It’s the blogging bit which has eluded me a bit. I’ve had the Wanstead Shell Shack on my to-blog list for a while, so I’m particularly grateful to David Plane (@planey2k), a Wansteadium reader who is more usually blogging about the markets and golf, for stepping up (and thanks to his wife Lesa for giving a human face to the photographs). David writes:

The contrast between the Wanstead Shell Shack and Queen’s British steak house could hardly be starker. Yet the latter has recently begun to share its grounds with the former and they complement each other well.

Both are fine establishments, donâ€™t get me wrong, but whilst the BQ is an indoor dining experience where you would easily expect to pay Â£50-75 a head for juicy red meats and bold red wines, the Shell Shack is a down-to-earth, family-run (literally â€“ mum, dad and young daughter) cockle and mussel stall.

The Shell Shack has more than a twist of lemon though â€“ fresh anchovies marinated in garlic or chilli, lobster tails neatly presented amongst other seaside favourites, jerk salmon served with fluffy rice and chargrilled vegetables â€“ all reasonable priced and served on an outdoor deck adjacent to its upmarket carnivorous neighbour.

We paid Â£11 for lunch, including a drink, and thoroughly enjoyed the genuine nature of the patrons, the quality of the snacks and the fact it provides a pleasant alternative to the cafes and patisseries that adorn Wanstead High Street, just a few minutesâ€™ walk away. The solitary and minor criticism was the leafy green garnish, presumably picked from a packet to the periphery of my plate masquerading as the advertised â€œside saladâ€. For me, a proper portion of this popular accompaniment needs to include iceberg lettuce, red onion, celery, at least one chopped-up tomato and a peppery leaf like rocket or watercress. Fortunately, a complimentary tower of slightly buttery rice was provided as a â€œwelcome to the shackâ€ extra â€“ though I canâ€™t guarantee this will be given to every lucky diner

When I offered a tip, the owners refused, instead telling me theyâ€™d prefer I spread the word about their place, which has been open for the past two months â€“ â€œthis is our ninth weekâ€, the guvâ€™nor proudly informed me â€“ and return for lunch again soon. Consider this blog the keeping of the first of those two promises â€“ I donâ€™t intend to break the second one.

The Shell Shack is open from Thursdays to Sundays and the car park plays host to a hand car-wash, which could be well worth taking advantage of as an alternative to the Jet garage further down towards the Green Man roundabout. The Jet lads give you an excellently washed motor, but with no crayfish to munch while the shampoo is applied to the bonnet, I might be taking mine to the rather more appetising Shell Shack in a fortnightâ€™s time to see if the car wash is as pleasing as the grub. 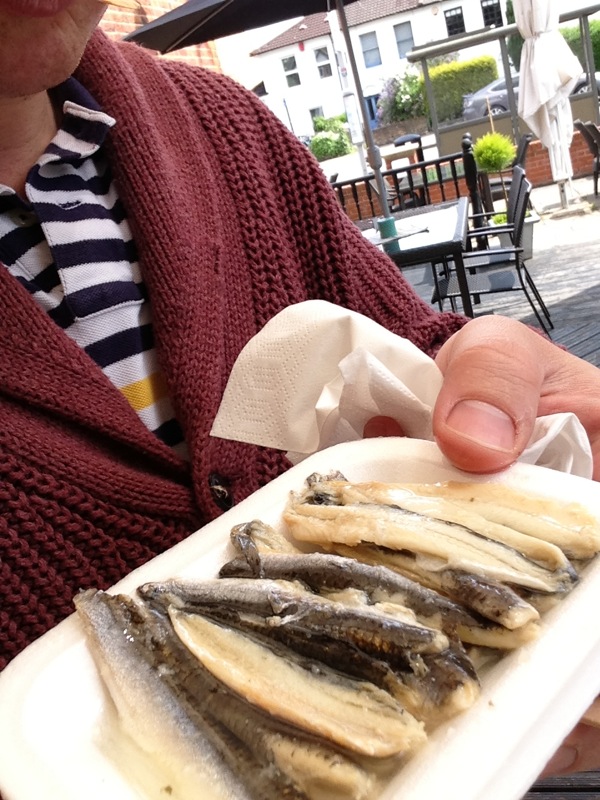 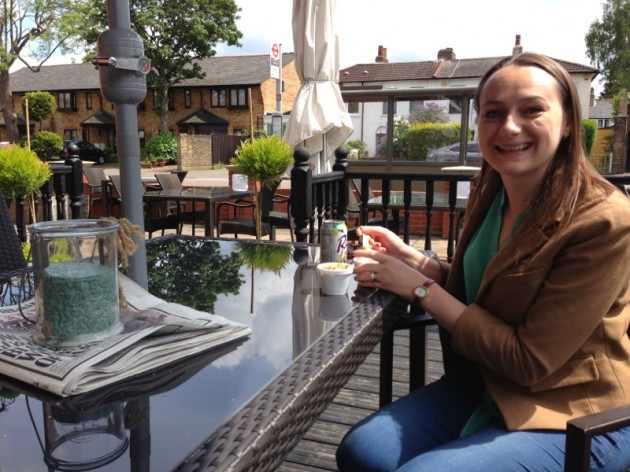