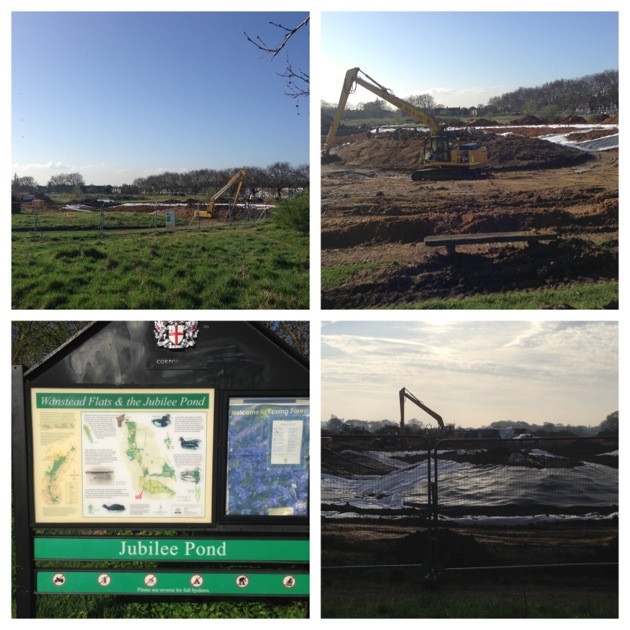 Across the gardens and parks of Wanstead, Spring is springing and the blossom is .. blossoming. The lissom bluebells of Wanstead Park are due, and so presumably are the first droning lawnmowers of the season.

Over at Jubilee Pond on the Western side of Wanstead Flats, the vernal overtures are slightly behind schedule, due to a body of works being carried out by the Corporation of London (@COLEppingForest).

This is easily explained; last summer this general area hosted a temporary Metropolitan Police base, which accommodated the extra cohorts of Police officers who came to safeguard the Olympic Games in Stratford.

Though originally controversial with local nature lovers (and firework aficionados – the ground was still too damaged for Newham’s Bonfire Night celebrations to go ahead) at the time, these pictures show how the Corporation has chosen to invest the compensation received.

Hopefully as the pond matures, bird life will recover and generations of local people including the nascent Wanstead Nature Club (see pic) will be able to appreciate the seasonal comings and goings centred on our rich local habitats. 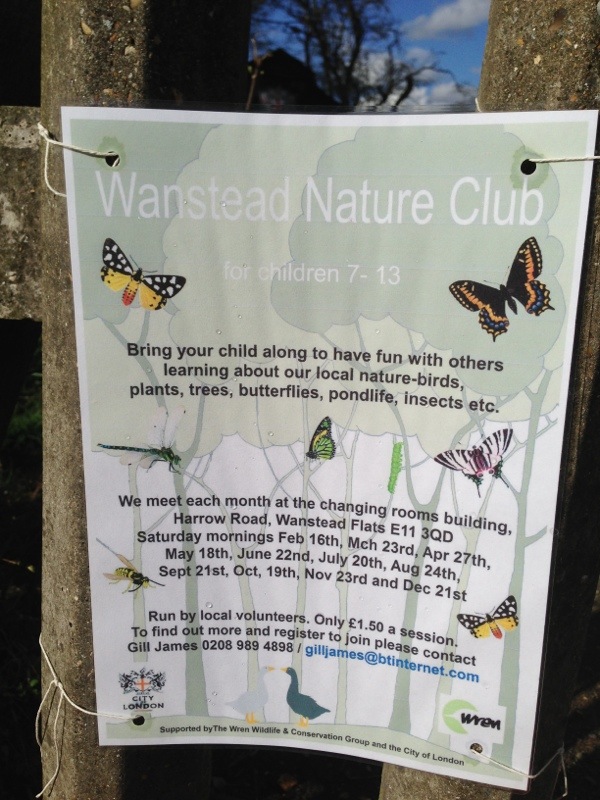