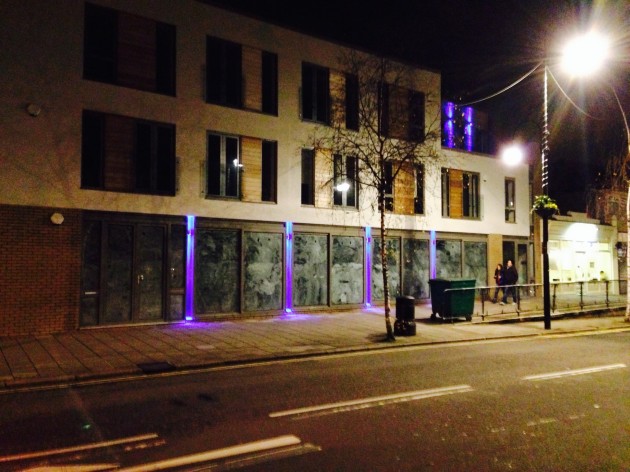 Rumours are rife that an upmarket estate agent – possibly the controversial Foxtons – is to open a branch in Wanstead. Itâ€™s thought that the venue will be the new shop & flats complex built on the corner of Station Parade and Hollybush Hill – a building that Wansteadium likes to think of as Wansteadâ€™s Flatiron.

If the rumours are true – and being sited between Wanstead and South Woodford would make the spot a good one for an agency – it would mean that an alternative plan to use the vacant ground floor for a family-friendly cafe and restaurant would be scotched. But it could mean much else besides, not least that the Foxtons Minis which are a familiar site in gentrified parts of London might also become familiar here too.

A new upmarket agency may also have an effect on house prices, though levels in Wanstead have anecdotally outperformed the market in recent years in any case. But if it were Foxtons it would certainly herald some uncomfortable times for other estate agents in the area, since it is known for proving vigorous competition, such as offering zero percent commission deals when new branches open.

Last year the FT reported on the opening of branch in Hackney, and on Foxtons expansion tactics. The paper reported:

“One former senior Foxtons employee describes the tactic as â€˜genius’ and says it has been key to helping the company win market share from rivals for years.’You get a market share on day one and are into profit by month four,’ the person says. ‘It feels like you are giving it away, but you are not going to make any profit in the first three months either way because you wouldnâ€™t get the instructions, so you might as well use the time to get a market presence. It works very well and everyone benefits. Well, maybe not the competition.â€™”

Of course the rumour may not be true. We have e-mailed Foxtons to ask and will update if they respond.