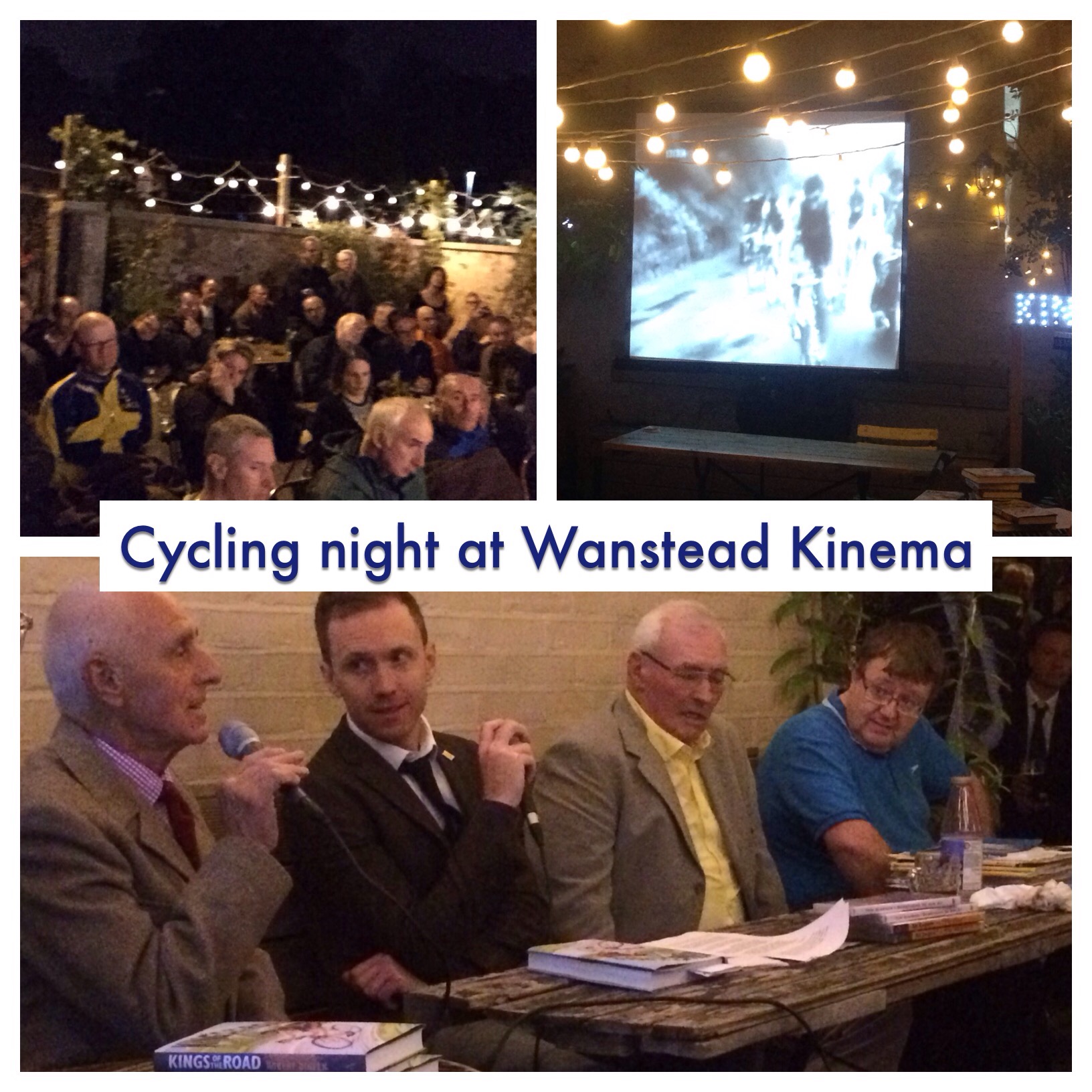 Wednesday was the busiest day yet at this year’s Fringe, with four events going on at the same time.

At the season’s first outing of the Kinema, veteran cyclists Alf Engers and Vin Denson discussed with author Robert Dineen some of the glory days of British cycling. The pub garden was packed, and the discussion was followed by a showing of the BBC documentary Death on the Mountain about cyclist Tom Simpson.

Nearby there was a Ladies’ Craft Night at the 84 Gallery while at the same time the first Wanstead Photo Night Walk was taking place. 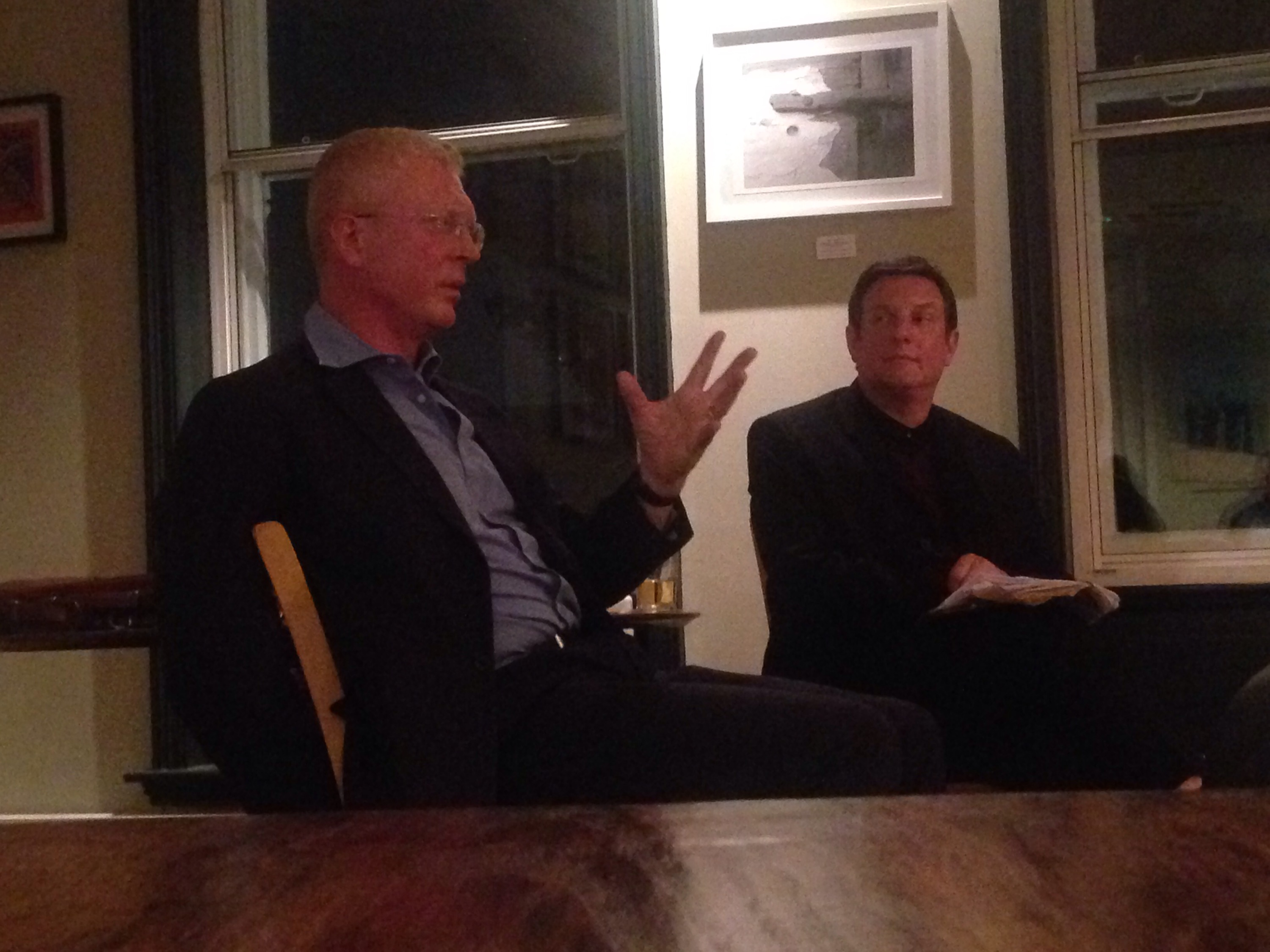 Up at the Manor House, journalist Ted Kessler was talking to John Cryer MP about his memories of his father, Bob. Attitudes to the Soviet Union, the miners’ strike, and Mrs Thatcher were on the agenda, but so were his revealing memories of the Railway Children. Bob Cryer was, John said, the figure emerging from the steam in the memorable ” Â Daddy, my daddy” scene, having stood in for the actor. Cryer Junior was an extra in the film (see picture).

In this clip of the discussion, Cryer describes his father’s occasional unorthodox approach to constituents’ email.

Elsewhere followers of the Art Trail were meeting artists who had exhibited their work, and the crochetbombing of Wanstead continued.

Coming soon – a rundown of events yet to take place for which you can still get tickets.

4 thoughts on “Scenes at the Fringe, day five”