If you didn’t know already, It’s A Wonderful Life is being shown in Wanstead on Sunday night. There are some tickets still available. See below for details. But here are six reasons you should come along.

1. This line: â€œWhat is it you want, Mary? What do you want? You want the moon? Just say the word and I’ll throw a lasso around it and pull it down. Hey. That’s a pretty good idea. I’ll give you the moon, Mary.â€ 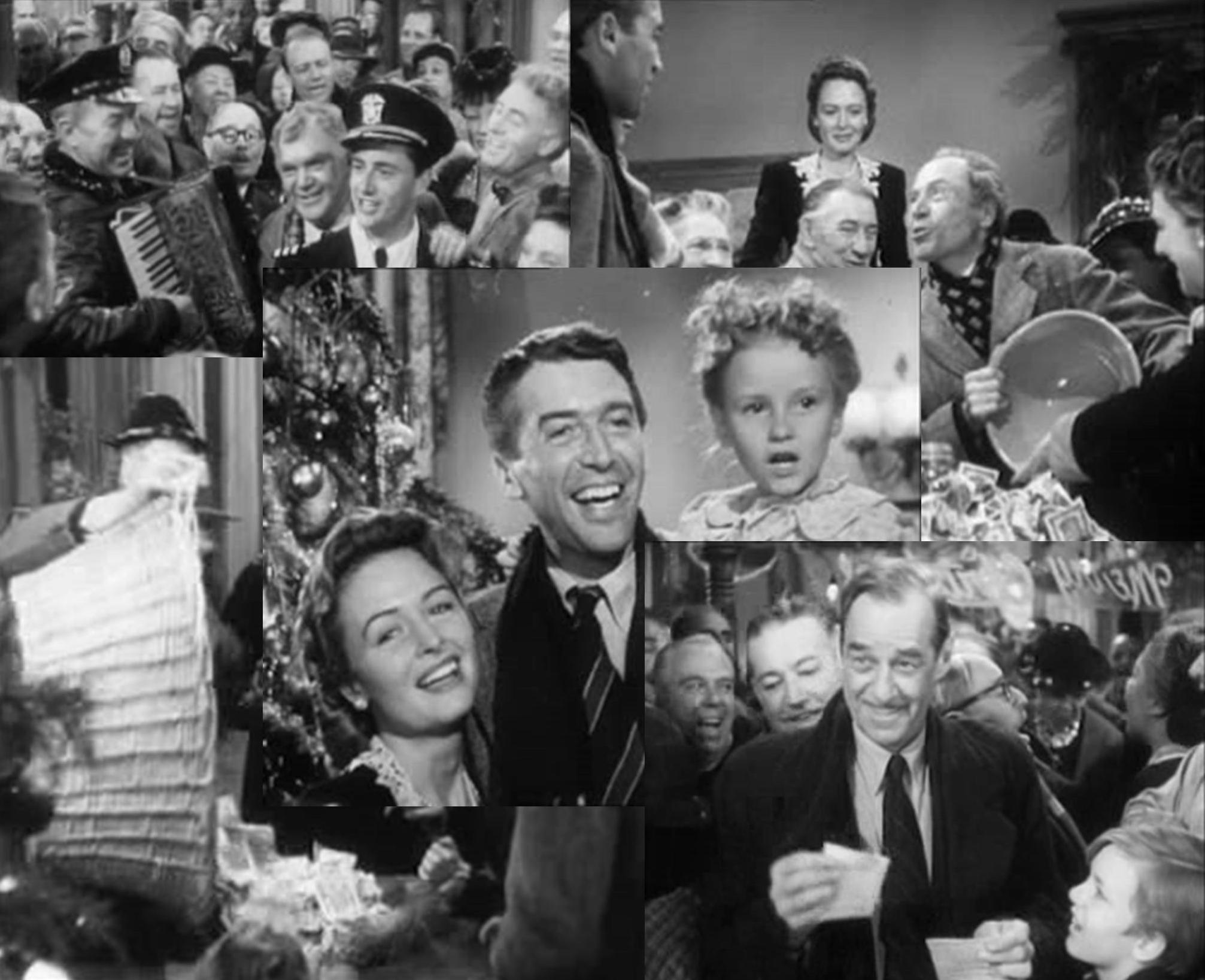 2. And this line: â€œNow, hold on, Mr. Potter. You’re right when you say my father was no businessman. I know that. Why he ever started this cheap, penny-ante Building and Loan, I’ll never know. But neither you nor anyone else can say anything against his character, because his whole life was… why, in the 25 years since he and his brother, Uncle Billy, started this thing, he never once thought of himself. Isn’t that right, Uncle Billy? He didn’t save enough money to send Harry away to college, let alone me. But he did help a few people get out of your slums, Mr. Potter, and what’s wrong with that? Why… here, you’re all businessmen here. Doesn’t it make them better citizens? Doesn’t it make them better customers? You… you said… what’d you say a minute ago? They had to wait and save their money before they even ought to think of a decent home. Wait? Wait for what? Until their children grow up and leave them? Until they’re so old and broken down that they… Do you know how long it takes a working man to save $5,000? Just remember this, Mr. Potter, that this rabble you’re talking about… they do most of the working and paying and living and dying in this community. Well, is it too much to have them work and pay and live and die in a couple of decent rooms and a bath? Anyway, my father didn’t think so. People were human beings to him. But to you, a warped, frustrated old man, they’re cattle. Well in my book, my father died a much richer man than you’ll ever be!â€

3. Because Karolyn Grimes, who played the tiny Zuzu, did not see the film until 1979 – a full 33 years after it was made. She didnâ€™t even know sheâ€™d been in it. â€œWorking full time and raising seven children, the 39-year-old Grimes had no time to spare, much less to sit around watching television,â€ wrote one paper. â€œSomething tugged at her as she saw snatches of snow-clogged streets of small-town America [on television] and people she thought she knew. â€˜Then it hit me,â€™ said Grimes. â€˜I was in that movie. I was Zuzu.â€™â€ It still brings tears to her eyes..

4. Because itâ€™s still funny that the policeman and the taxi driver are called Bert and Ernie.

5. Because coming to watch it might be just about the most atmospheric and Christmassy thing youâ€™ll do this year.

6. And above all because no man is a failure who has friends.

* The film will be shown on Sunday 22 Dec at 7.30pm at Grove Hall on Grosvenor Road (the Treehouse After School Club). Christmassy drinks will be served by the Wanstead Tap – perhaps even some warm ginger beer with rum. Or snowballs perhaps. Bring a cushion or camping chair to sit on (though there are some benches and chairs available). Tickets are Â£5 and available from wansteadkinema.org.