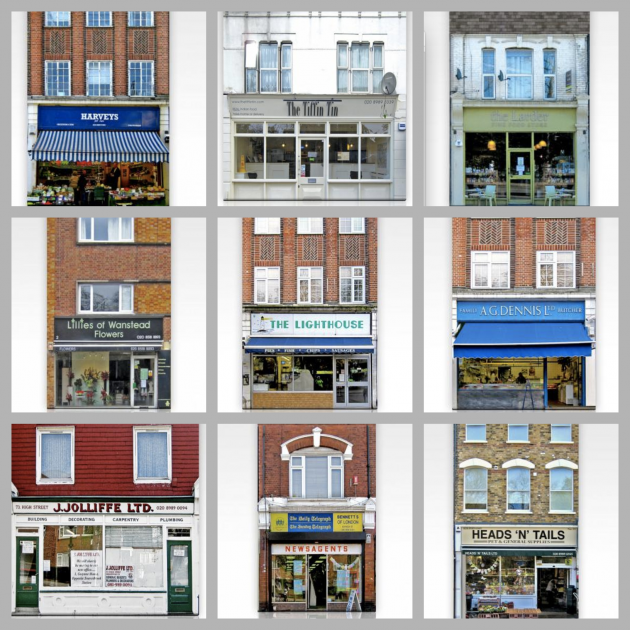 Pick your favourite – these memorable Wanstead shopfronts are among those featured in an acclaimed artwork currently on show at the V&A.

Artist Barnaby Barford cycled all round London, photographing interesting shopfronts. He then tranformed the photographs into more than 3,000 ceramic models, each a few centimetres high. They have been assembled into a tower of different kinds and styles of shops, reflecting the different cultures and neighbourhoods across London.Â The artwork is called Tower of BabelÂ – and online you can navigate around the entire collection.

Part of the appeal which has won Barford coverage by the BBC and others is that the models are all for sale, though anyone wanting one of the dozen or so Wanstead shops is out of luck. They are already all sold out.

But never mind… where the V&A goes in 2015, Wansteadium already went in 2011. Postcards bearing the image below were distributed by us then, to widespread indifference. 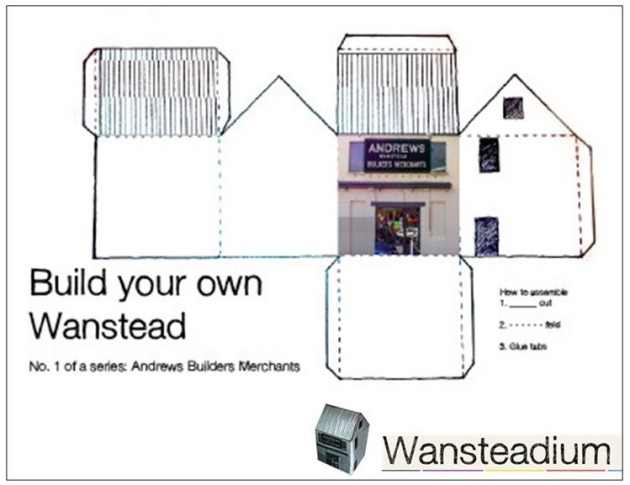 Barnaby Barford explains more about his Tower of Babel here.

Barnaby Barford: The Tower of Babel from Victoria and Albert Museum on Vimeo.

2 thoughts on “Some great Wanstead shopfronts in the V&A”