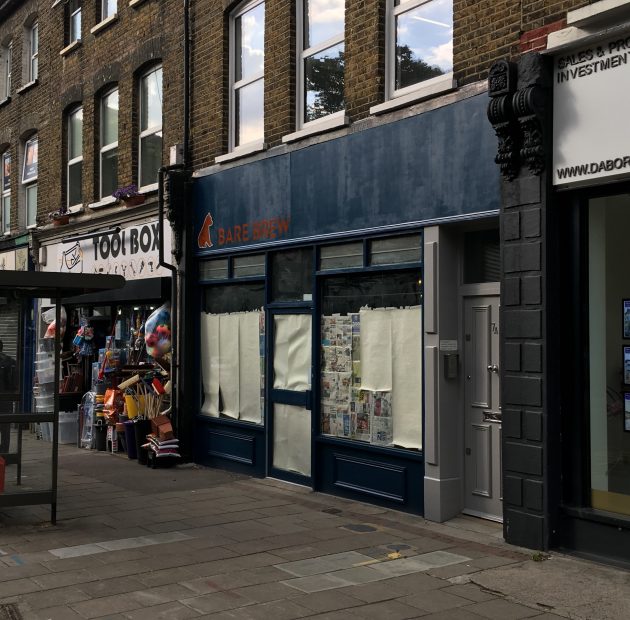 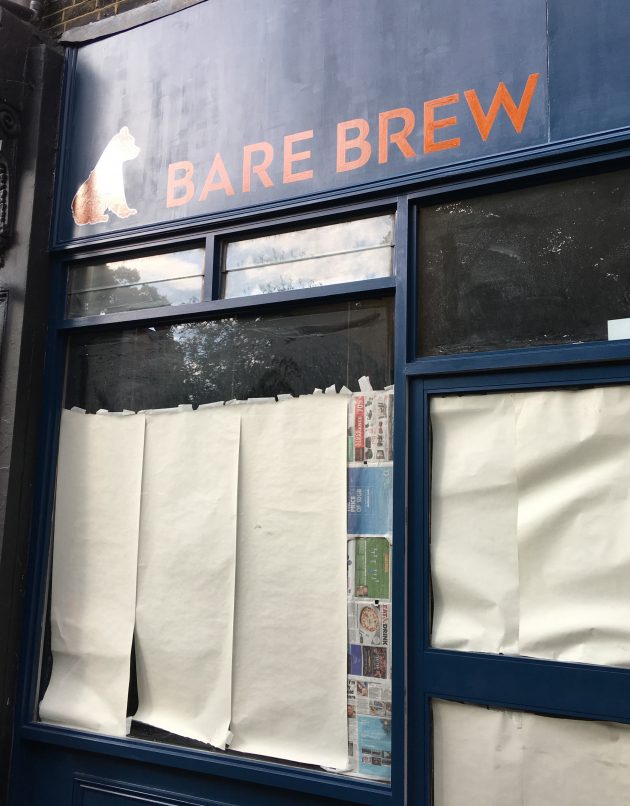 The sight at the old Painted House – complete with hand-painted sign. But what is it going to be? A microbrewery? A craft beer shop? A cafe? (To be honest that just about exhausts the possibilities, assuming it’s not going to sell bears.)

The answer comes from long time reader Nick, who writes that it’s a… wait for it…. coffee shop.

“I saw them painting the sign yesterday and I looked them up today. All there was online was them advertising for staff. It looks like it might be truly independent. I have to say I was bit disappointed because when I saw the name I thought it might be a bottle shop, but I suppose we have Wanstead Tap for that (even though it clearly is not in Wanstead). The prize for best coffee now goes to More Italy in my view but if these guys have some interesting alternative brews and can offer some other activities in addition then fair enough. I guess coffee is one of the most profitable things one can sell, hence the proliferation of coffee shops.”

The Bare Brew website is worth a look – this looks like it’s going to be a cool place – and hopefully will help the Snaresbrook end of the High Street which has struggled to get people passing by. It’s also great that another empty property has been filled – so Wansteadium heartily wishes Bare Brew well.

Comments welcome. But a QI buzzer to anyone who uses the words “How many coffee shops do we need?”

In other news, the TO LET sign which was hanging above Starbucks has now been removed. Does this mean Starbucks is staying put? 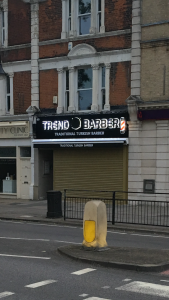 And in other other news, the new Turkish barber (in the former Closet/Nicole’s shop) has clearly had second thoughts about its garish red sign. It’s been replaced with a black and silver number. (Pedants will note that even this sign doesn’t quite fit with planning guidelines since it has internal lighting, but seeing as Redbridge doesn’t seem to enforce this rule, the barber is probably all set.)

13 thoughts on “Something brewing”