It’s a great time of year in the garden, especially if there is someone in your house whose duty it is to get the lawn mower going twice a week. But walking outside on a mild evening, inspecting the just-flowered sweet peas, the rich coral flowers on the runner beans and the swelling courgettes. And listening out, as all good readers of Wansteadium must, for the snuffling of hedgehogs. 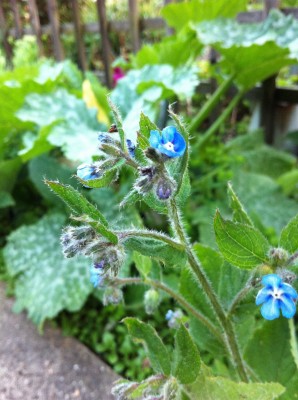 If only it wasn’t for those poisonous nasty weeds which grow like they’re in timelapse. You know the ones, they’re in lots of people’s gardens in Wanstead – they’re about yay high with blue flowers and prickly stems and leaves which will leave you in an infuriating rash for days if you try to tackle them. Roots like nobody’s business – really deep. Bah. They bring out the worst in me.

Anyhow, turns out they’re the herb of the month in Waitrose. Borage. Of course, borage, just about my favourite herb of the month. I was being too hasty! Now I know all sorts of things about it, like the fact that it’s one of the few naturally blue foods. Here’s a Waitrose recipe which could have you eating half the garden. Any other tips for using borage are welcome.

â€¢ You might remember the Big Picnic on Christchurch Green a few weeks ago. I decided to take Mr Orange and the little satsumas on a trawl of the Farmers’ Market and make our picnic from that. The weather wasn’t great, to be honest, but the whole idea of combining the market with a picnic seemed to be to be rather jolly, and something which almost deserves to become a summer months’ ritual.

We couldn’t resist the waft of the bacon and sausages from the Rhyne Park Food stall. We chose some of their homemade sausages – they use rare breed pigs and produce a pure pork sausage. These were wrapped in a hearty tiger roll, topped with some sweet fried onions. They were delicious – a good balance of spices and salt and with a meaty texture. 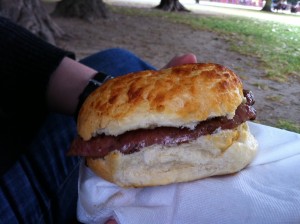 We also chose some French bread to go with our homemade salads, and a few Stratford-made pastries from the Artisan foods stall to boost our sugar levels – all enjoyed with a paper cup of Kent apple juice. Simple pleasures, and perhaps something to repeat if the pre-Wimbledon Final weather suits this weekend. 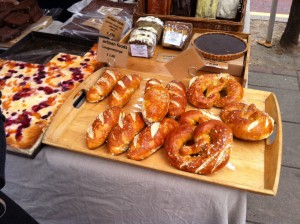 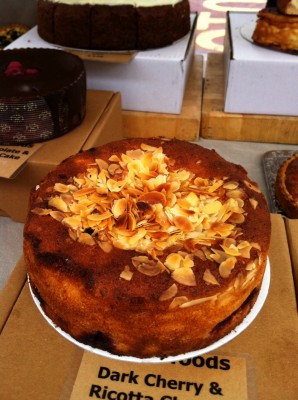