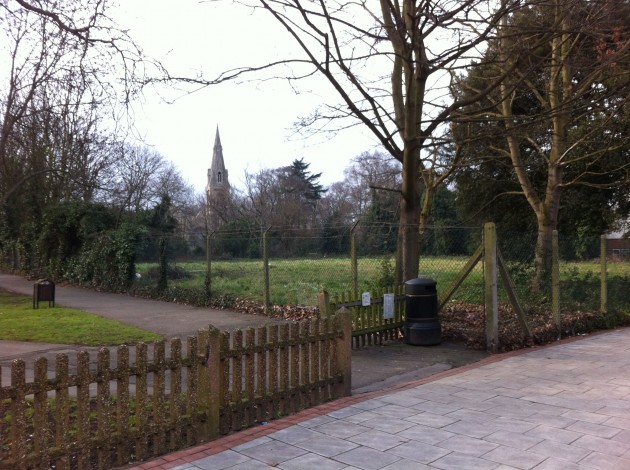 The Wanstead Society has scored a historic victory in its long-running struggle to prevent development on the Evergreen Field on Wanstead High Street.Â Or, perhaps, they haven’t.

What they *have* achieved is to get council backing for their scheme to transform the field into a community resource including a “circular meadow surrounded by woodland, with new access points, improved edges to Christchurch Green and a opening through trees framing the church spire”. It also proposes that the meadow be used for public or private events – including

The plans (see full applicationÂ here)Â would look something like this: 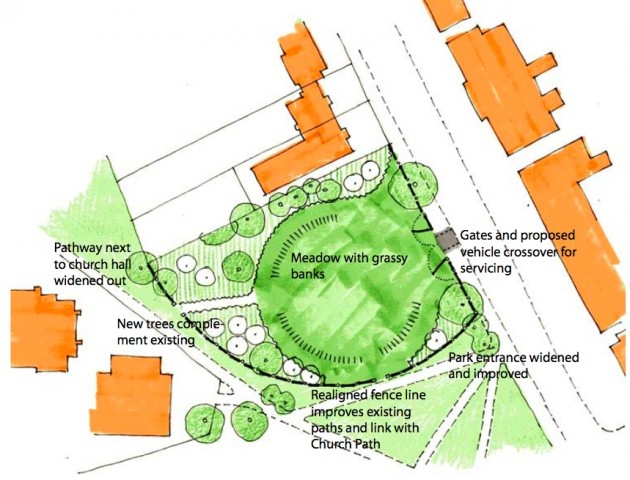 So does that mean an end to the plans, recapped in full here in the first instalment of Tales from Evergreen Field, for flats, shops, mosques, vegetable patches, luxury apartments or starter homes? Err… no. Not necessarily, for one very obvious reason: the Wanstead Society doesn’t own the land.

So what exactly was the point of the meeting, and what does the decision really mean?

Wansteadium will be seeking further clarification about what, if anything, this decision changes, and we’ll bring it to you here.

There is now a planning permission for multi-use open space on Evergreen FieldÂ – the first time it has ever had an approved use. This establishes the principleÂ of a suitable use for land that has lain vacant and useless for years â€“ but whoseÂ openness is an essential part of the Wanstead scenery.

Rather than waiting for the worst and reacting against unsuitable development,Â the Wanstead Society proactively followed its vision. â€˜We donâ€™t own the land, butÂ we feel the land belongs to Wansteadâ€™, say the Society. After years of limbo, weÂ want the community to shape its future.

The planning application raised awareness of the field and caught peopleâ€™sÂ imagination â€“ there have been a variety of views about how it should be used.Â The permission sets a new baseline for the ownerâ€™s proposals â€“ it means anyÂ alternative development will get intense scrutiny.

It is the first time there has been an intelligent response to the Councilâ€™s planningÂ policy to protect the open space. This policy has existed for several years, yet theÂ long term owner did not address the policy andÂ sold the land to a new buyer, despite its statutory policy againstÂ development.

The Society now has to carefully consider ways forward. It has to define aÂ practicable use, set how the land would be brought into use and how it wouldÂ be managed in the long term. This has to be done in a creative, realistic andÂ collaborative way â€“ hopefully with the Wanstead-based owner, but also withÂ local organisations and councilors.

The agent for Dalbir Singh Sanger, the owner of Evergreen Field, has told the Wanstead Guardian:

Â “My client has plans for a small development there, with the addition of handing over 50 per cent back to the community in a very similar scheme.”