Wanstead’s Â Smarter High Street campaign Â – which among other things assesses the visual impact of shopfronts – has got its work cut out this weekend.

Firstly, Wanstead Pharmacy has put behind it its Reginald Perrin days, when a falling letter from its sign spells a different name each day. It’s got a smart new sign at last. 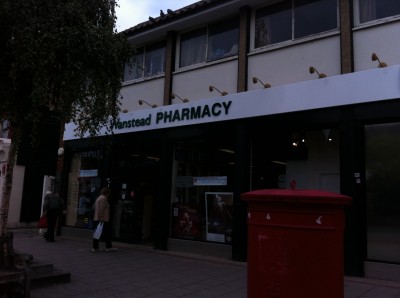 Then, slightly further down the street, what is normally a sign of de-gentrification: the addition of shutters, this time to Robins Pie and Mash shop. But since that shop suffered three firebomb attacks in three days last week, no-one is going to think the owners are over-reacting. Unattractive they may be, but no-one is going to criticise. 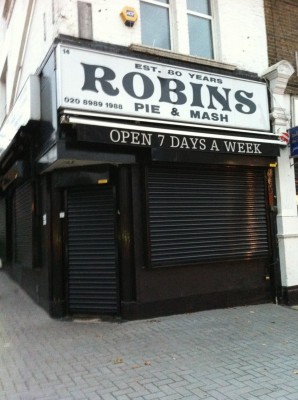 And finally the covers are off the new face of Hadley House. Tasteful, sober, but not quite Italian chic. L’infinito – purveyors of fine Italian food and Google Translate signs – is now open for business. As is traditional here, anyone who experiences Wanstead’s new gastronomy is welcome to send a review.