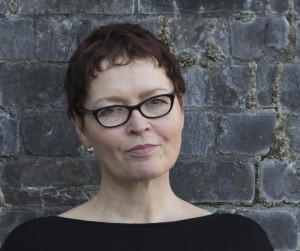 The next detective/private investigator combo to come to television may be a pair who were created in Wanstead. Author (and Wansteadium reader) Anya Lipska, left, who lives here, has had her crime novels “optioned” by the BBC for a possible TV series.

That means the BBC has bought the right to make a series if things work out, though of course it’s not a guarantee.

Happily for fans of the books, the third in the series featuring Â Janusz Kiszka, a fixer to the Polish community, and police detective Natalie Kershaw, is being published on Thursday. 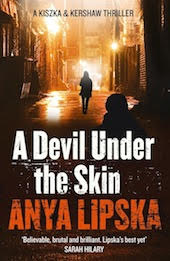 Like its predecessors, A Devil Under the Skin, is set in familiar surroundings – Leytonstone/Walthamstow – though some particularly small-minded readers will not be satisfied unless Wanstead itself gets a namecheck.

Even more happily, Wansteadium is delighted that on Thursday it will be publishing an excerpt from the book.

* A Devil Under the Skin will be available from the Newham Bookshop, Foyles (who have the complete series) and from Amazon too, who will have it as a paperback and as an audiobook.

The next TV detectives? Great news @AnyaLipska Will #Wanstead locals get chance to be in extras? http://t.co/ajcmzQ3Kwn via @Wansteadium

@Anaokar You never know, Maya! Are you offering? @Wansteadium

@AnyaLipska absolutely! I could play citizen in background along with other @Wansteadium subscribers