It’s nearly time again for the Wanstead Fringe – a marvellous week-long cultural celebration which all started right here on Wansteadium six years ago. But this year it’s beginning to feel like the Fringe is growing up a bit.
One of the main reasons for that is that for the first time, live professional theatre is taking centre stage at the Fringe. There are going to be five performances of a musical adaptation of The Secret Garden, a classic children’s story about a girl who has to go to live with an austere uncle and who discovers the key to a secret walled garden. Spoiler alert: it has a happen ending. 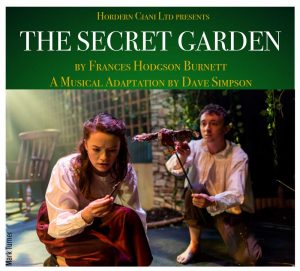 The play is being performed by a travelling company of actors who are taking their work to various spots around the UK – typically to places which used to have regular theatre performances. They are drawn to the vibe of the Fringe and decided to make Wanstead their next stop.
They will stage the play at the Deaton Theatre, which is part of Forest School. It’s a magnificent theatre which will do the performances justice. The performances are on Saturday 8 Sept at 11am, 3pm and 7.30pm, and on Sunday 9 September at 11am and 3pm. There are family discounts available, and tickets are available from the Wanstead Fringe website here.
PS. Please ignore rumours that organisers considered swapping the Wanstead Fringe pigeon for a boa constrictor.
Wanstead Flats Playing Fields
Stow Brothers
Wanstead High Street
The Manor House Pub
View Calendar