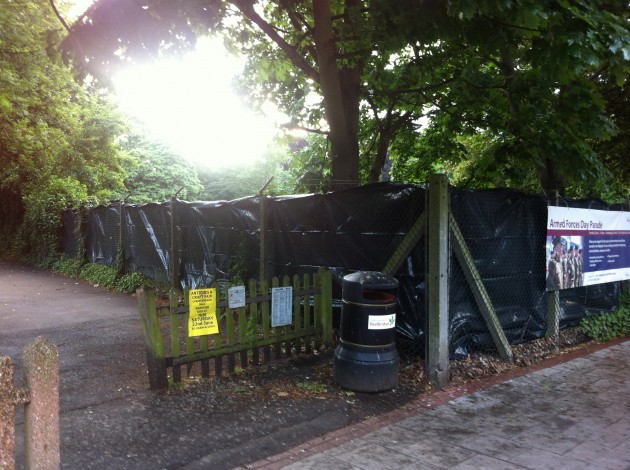 Who knows what reason there is for the Evergreen Field to be blacked out with head-height black plastic sheeting?

Before the installation of the sheets on Friday, the last developments on the field had been apparently put up for sale by its current owners. This followed the approval by Redbridge Council for the Wanstead Society’s plan for the site to be dedicated to community usage (and not flats).

A house which was knocked down on the land in the 1960s was called Evergreen Lodge, and the name became popular in the 1990s after the land was sold by the Metropolitan Police.

If you’re wondering if the screens are hiding something, a quick walk up into the park reveals that there’s nothing actually going on there. So all theories are welcome, either in the comments below or on WansteadTalk.com. 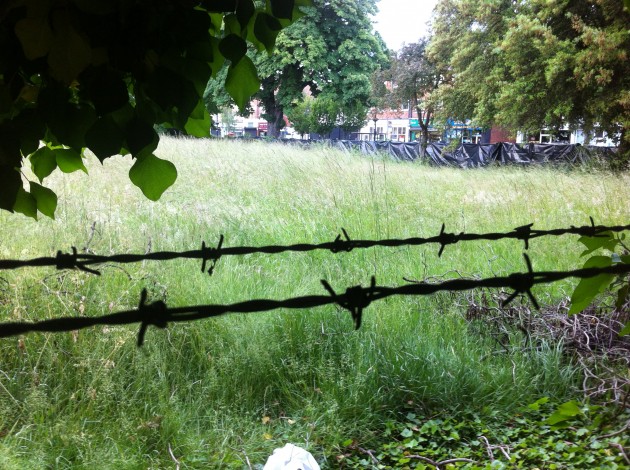 11 Comments on "The strange Evergreen blackout"