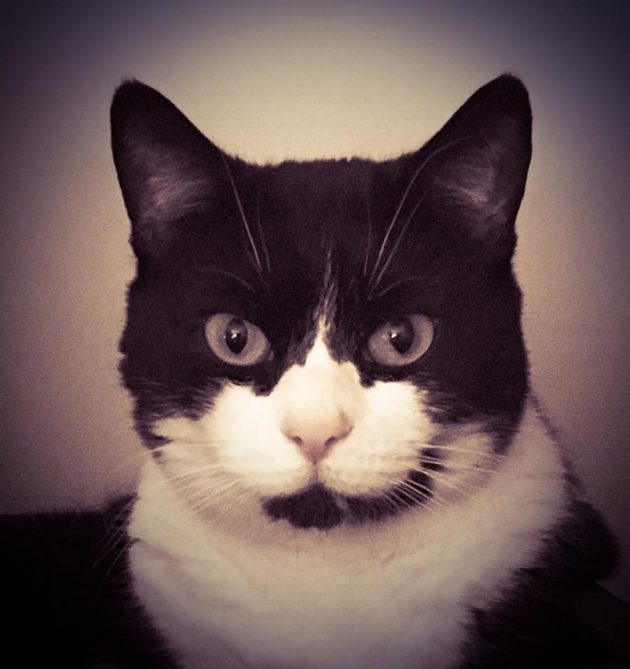 The evening did not go as planned.

The wife was out, the children asleep, supper was almost ready and all was well. As I began serving up my lamb and pitta, my attention was drawn to a shrill squeaking coming from the garden. Maggie entered the residence with what I took to be a mouse of considerable proportion.

This scenario is not new to me and it is not without hubris that I say I had the creature safely contained in a cardboard box in no longer than a minute. Stepping into the garden I was surprised by its weightiness and risked a peep inside the box where I found a plump grey rat staring back at me.

Rats are far sprightlier than mice it would seem and the beast vacated the box before I could get the lid closed. Now racing across lawn with both Maggie and myself in close pursuit it evaded capture by darting betwixt plant pot and wall, under sandpit and bench and finally down the household drain.

By the time I found my wits and removed the cover all I could see was its furry hind quarters disappearing through a hole in the grill no larger than a farthing. Somewhat at a loss as to what to do next I began cursing Maggie roundly for her part in this endeavour and outright failure to recapture the prize.

It was then I noticed a snout poking up through the grille. It would seem there was no way out of the drain into which it had fled, for our furry nemesis was attempting a return through a hole.

I knew full well I could not let the beast escape back into the neighbourhood but neither could I stand by and let it drown in the waters below. Fetching glove and pry bar I set about removing the grille and attempted to rescue the beleaguered vermin by means of a life raft formed of a nearby garden trowel. The creature was quick to grasp my intent and hauled its wet and silty bulk onto the makeshift pontoon as I lifted it from the murky waters.

I left him there, half-way up the drain, on a red brick ledge, exhausted from his efforts. Sensing the creature was done for I went to fetch a carrier bag and house brick with which I could end his suffering and send him to the next life.

You can hardly imagine my surprise when I returned to find him gone. I scanned around the perimeter, surely he could not have climbed the sheer sides of the drain in his enfeebled state? I roused Maggie to continue the hunt once more before coming to my senses. If the beast had left the proximity of the drain he would surely have made a watery trail?

Cursing myself for a fool I studied the surrounding paving and found not a trace of water, save what I had myself spilled. If he had not come up then logic dictated he must surely have gone down. I set to dredging the blackened water for some minutes until at last I pulled the limp and lifeless body of the noble creature from the wretched filth below.

I will never know if he expired from exhaustion or cast himself into the waters once more, a selfless gesture to spare me the blood on my hands.

Farewell dear friend, our time was brief but you are not forgotten.

4 thoughts on “The tale of a Wanstead garden”