Wansteadium’s new gardening blogger is 90-year-old Ron, who has been cultivating his Wanstead garden for more than 50 years. His garden is abundant in fruit and veg, and shows of flowering colour spread across the months. In this regular feature, Ron will be giving tip-offs about the jobs that need to be done, and adding a few ideas along the way.

I’ve been collecting a lot of ripe tomatoes, and generally tidying up around the place. Lots of things have reached the end of their growing now. I’ve been trimming the yellowy fronds of the Kerria. It does grow so tall if you don’t cut it in the first year of its growth – mind you, that can be useful if you are trying to screen something like a wall or shed. There’s plenty of greenery even when it’s not flowering. 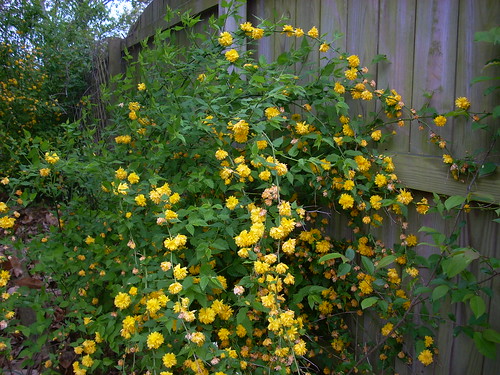 The early sewn petunias have finished now, but sometimes if you cut the top off you get a secondary bloom, if you’re lucky. That will depend on the weather, of course. If you’ve got a clematis, you’ll be wanting to trim it back by between a third and a half. It should grow again next year from the bottom. They can flower so well – but they like their feet to be cool, which means don’t plant them in a pot if you can put them in the soil. I’ve got the roots of mine beneath slabs which does the job.

I planted a damson tree this year which I bought as a sapling from a nursery. When it arrived, though, I noticed that lots of its roots had been chopped by whoever or whatever had dug it up. So I rang the nursery to tell them about it and let them know that if it died I’d be back on to them. Well, it’s still a twig, so I’ve got a phone call to make.

I’m just waiting now for the second sewing of my beetroots to come through. They’re doing much better than the first lot. If you remember, in the spring, we had a very dry spell for two months. That meant I only got about 25% germination of the first lot of beetroot. This second lot are doing much better. Remember to keep them weeded though – you really need to keep on top of the weeds at the moment. They just keep on growing and if you’re not careful they get on top of you. They never stop until the winter comes. The best thing then is to dig the ground over roughly to let the frost get at the roots of the weeds.

The fox I mentioned last time has been around quite a bit, leaving his little parcels around the place. You can always tell it’s the fox because it’s black – and much bigger than anything like a hedgehog would leave.

(Photo of Kerria japonica by TattyBones, via Flickr, used under Creative Commons)