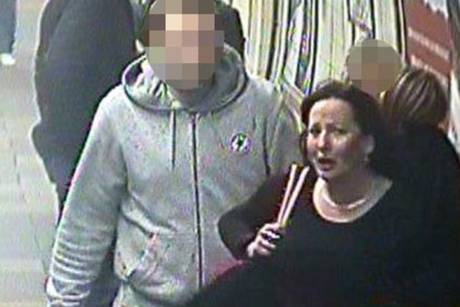 The hunt for a woman who is wanted by police followingÂ an assault on a deaf homeless woman at Wanstead Tube station has gone around the world.

CCTV photographs of the woman have appeared in London papers and have been widely tweeted, including by a deaf group in Canada.

More details have been released by the police about the attack which happened at 8.30pm on 28 February (which, incidentally, was the Saturday on which Scotland played Italy, and France played Wales in the Six Nations, in case that jogs memories). The attack, described by police as “seemingly unprovoked”, took place outside the Tube station. The woman then went into the station and down the escalators, accompanied by a man.

Though the police have not speculated as to where the woman was from, the timings may well mean she had been visiting Wanstead and was leaving. Anyone with details is asked to contact British Transport Police onÂ 0800 40 50 40, or text 61016, quoting reference T/B2 of 30/03/2015, orÂ Crimestoppers anonymously on 0800 555 111.