• There’s been an awful lot of talk about a plan to bring a London Grand Prix to the Olympic stadium, a plan apparently backed (with varying degrees of enthusiasm, depending which paper you read) by Bernie Ecclestone. And the people who dreamt up the plan, a point on which the world’s press is agreed, is a Wanstead-based company called Intelligent Transport Solutions Ltd. None of the world’s press, however, seems to have asked who this company is. Wansteadium just wonders, since it doesn’t appear to have a website. Or a listed phone number. And Companies House seems to know of only one company called Intelligent Transport Solutions Ltd. It was based in Bristol and was dissolved in 2010. Naturally, nothing would make this site happier than to discover that Wanstead is home to a firm which is playing such an exciting role in the nation’s life. So if you work for the firm, know where it is based, or know any more about it, please get in touch with us at wansteadium[at]gmail.com.

• An enormous inflatable Stonehenge is to appear on Christ Church Green on 11 August (just to alert you, in case you should be alarmed.)

• Eyebrows have been raised over the tone of publicity for a church which advertises meetings at Wanstead High School on Sunday mornings. Setting out its message in uncompromising terms, the leaflets include a controversial passage from Corinthians in which a 1st Century St Paul sets out that “neither fornicators, adulterers, idolaters, (male) prositutes, homosexual offenders, thieves, greedy, drunkards, slanderers nor swindlers will enter the kingdom of God”. Clearly some churches embrace the harder lines of scripture, as is their right. But at least one resident is wonder if it’s right for them to use state school buildings to do so.

• Police have announced that during the Olympics they will be using powers under a dispersal order zone to move on groups of two or more from Wanstead Flats, if they believe they are behaving in an anti-social manner. More details at the Wanstead Guardian

• And to make everyone happy, a slice of a Sunday afternoon walk from Wansteadium reader @historybeagle. 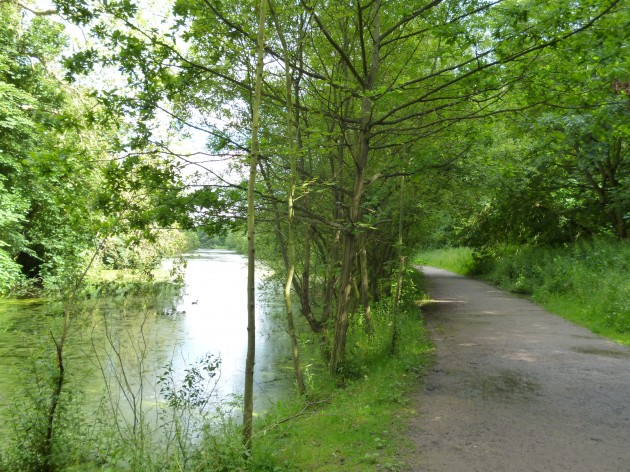 • Wansteadium reader Simone reports that the parakeets are back. She writes:

Has anyone else spotted green parakeets in the area? A few years ago these were quite common near Hampton Court and Greenwich, but theyâ€™ve recently taken up residence in our area (Iâ€™m sure our trees make lovely homes!) At first I thought there were one or two, but I saw a flock the other night, of around a dozen or so. Iâ€™ve also heard and seen one or two in Wanstead Park and in Epping Forest (Chingford).

UPDATE: Reader Tim suggests in Comments that the Grand Prix company is actually Intelligent Transport Services Ltd, and is based in New Wanstead. Details of the company are here. It was incorporated in May last year.