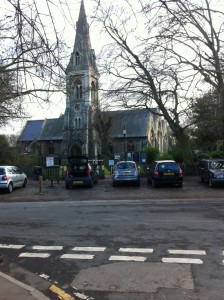 â€¢ Wanstead should brace itself for another season of parking grief. Firstly there is likely to be a wave of protests over a proposal to restrict the area outside Christ Church on Wanstead Place (right) Â to “residents only”, even though there are no houses at that point. The church halls are used by community groups, such as babies and toddlers’ activities, several times a day. In addition to this, it is just a matter of weeks until the 12 month review of the parking restrictions on Spratt Hall Road, Dangan Road, and Addison Road will take place. At last week’s Area One committee it was reported that the absence of parked cars on either side of Spratt Hall Road (praised last year by one resident as being “lovely… so empty, itâ€™s like the aftermath of a nuclear war!”) now means cars can speed down it from Cambridge Park to New Wanstead unhindered. This story will run and run. We have started a new “parking” forum on Wanstead Talk for people to discuss this issue.

â€¢ Michael Crombie, former music teacher at Wanstead High School and prolific sex offender, was jailed for a further three years at the Old Bailey last week after more complainants came forward to report being abused by him. The Daily Mail reported that “the latest case emerged after one former pupil, whom Crombie abused whilst teaching her in sixth form, was outraged by his request for a character reference during his last trial in 2010 and stepped forward”. 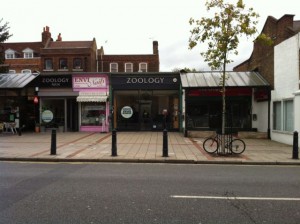 â€¢ One of the best spots for a restaurant in Wanstead High Street, the former Cinnamon Indian restaurant, could become a Domino’s Pizza Delivery base. The chain has applied for permission to change its use. The Wanstead Guardian says the shop plans to open the takeaway until 1am on Saturday nights and midnight the rest of the week. Details of the application are here on the Redbridge site.

â€¢ One more traffic update: Wanstead is to get a green cycle lane along Cambridge Park Road towards the junction at the George.