â€¢ Wanstead’s own star media lawyer, Mark Stephens, onetime defender of Wikileaks among other causes, has received his CBE from Prince Charles. 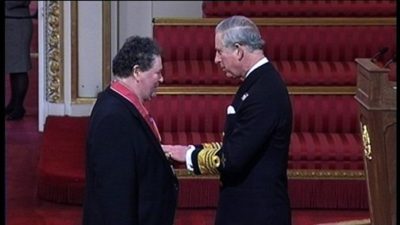 â€¢ Firefighters rescued a dog which had fallen into a freezing lake in Wanstead Park on Friday. They later asked dog-owners to make sure their animals kept away from frozen water.

â€¢ The exact changes have not yet been announced, but Wanstead Library is to have reduced opening hours from April as part of council cuts.

â€¢ Lovely tale from the Wanstead Guardian about the member of station staff at Snaresbrook who has converted a little office on the westbound platform into a little steam train museum, complete with videos playing. More details here.

â€¢ Congratulations to James Ward of the Larder on the opening of the first part of their third venue, the historic Butler’s Retreat in Chingford Plain. More details here.

â€¢ An example of political education in action, as revealed by one Wanstead teenager last week. Mr Cryer can console himself that she went away knowing more than when she came in. (Anonymised to prevent blushes.)