â€¢ Two homemade signs posted in Wanstead. Make of them both what you will – the first in Grosvenor Road, the second outside the George.
â€¢ Green garden waste collections have restarted – the day after your normal collections.
â€¢ Having said that, the Easter collections will be affected as follows. Collections due on Good Friday will happen as normal, but week commencing Monday 9 April all collections will be delayed by a day, (Monday’s on Tuesday, Tuesday’s on Wednesday etc) meaning Friday 13 April’s normal collection will take place on Saturday 14. Hope that’s clear.
â€¢ Easter Egg rolling will take place in Wanstead Park on 9 April between 1-4pm. Either BYO or Â£1 each. Details here.
â€¢ Objectors to the plan to turn Wanstead Domestic Appliances into a takeaway are calling on the owner to declare what the plans will involve: rumours are circulating that it could become a KFC, but it’s not clear if these are in any way substantiated. 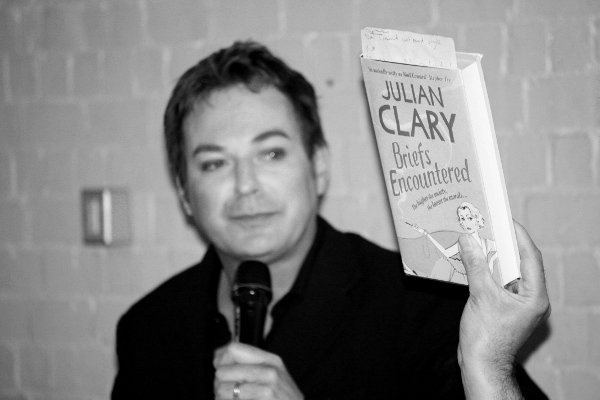 â€¢ Julian Clary’s appearance at Wanstead Library for the first event in this year’s Redbridge Books and Media Festival saw more than 100 people attend. One person came specifically from Germany. Photo here by South Woodford photographer Robert Klein.
â€¢ The Wanstead Guardian solved the mystery of a box of photos of Wanstead Fair found in a market in Hitchin and posted on the astonishingly beautiful MyFoundPhotos blog.
â€¢ And finally a seasonal treat – the beauty of Wanstead Park, as captured by Wansteadium reader Oisin. 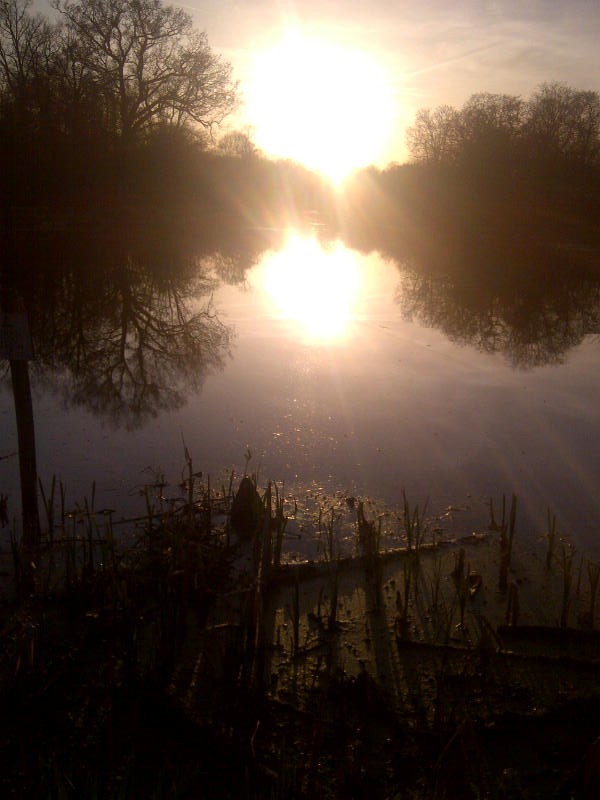