During the annual Wanstead Tree Week earlier this month, we invited readers to submit questions about trees in the area to the Redbridge Arboricultural officers. There were loads of questions and we’re grateful to them for supplying the following answers. They make fascinating – and worrying – reading.

Question from Andrew Clarke
I have some questions about some trees in Roding Park behind Onslow Gardens. We recently discovered many apply and pear trees full of fruit in the park. Are these wild or planted? Are they at all cared for and pruned? Is the public free to harvest from these trees?

Answer
There is a small orchard planted by the conservation team last winter further north in Roding Valley but near Onslow Gardens and these can be defined by their small size and the trees have labels on. There are a few others behind Onlsow Gardens which bear fruit, likely to have been planted at some time in the past but now classed as wild and the public are welcome to take and use as many as they want, in fact, it is positively encouraged.

Question from Paul H
I’d like to know what happens to the wood when trees are pruned in Wanstead. I have a woodburning stove so it would be great to have a local source of fuel if possible.

Answer
All the wood from tree pruning is chipped and taken to the recycling station where it is collected and converted into Biomass for industry. The size of wood generated from pruning is small unsuitable for use as a source for woodburning stoves. Larger cordwood that is not diseased or rotten is taken by the contractor and converted to firewood as an additional income for them which follows the principals of sustainability. The income generated from the wood is small when measured against the time and effort it takes into converting it.

The Council does not provide a service that could generate firewood for the public although the idea has been considered. It would not be cost effective to do so as overall, the quantities of suitable material produced is quite small.

Question from Paula
My road currently has no trees planted on the pavements like most of our neighbourhood roads. As residents can we request trees to be planted to improve the appearance ?

Answer
At present, the Council is not embarking on increasing its Highway tree population due to its commitment to prioritise the effective management and maintenance of its existing highway tree stock.

Question from David Gibson
Where can I find trees from the avenues planted for Wanstead House? Are some of them on George Green/ Christchurch Green from the original planting?

Answer
There are remnants of the Wanstead House Sweet Chestnut tree avenues located on George Green, 4 trees near to The Green Road boundary and Christchurch Green, 3 trees near the Church boundary. They can be identified by their wide gnarled trunks and squat habit.

Question from Caroline
What is the tree that smells like cinnamon? Makes for a pleasant walk along Wanstead streets. Is it lime?

Answer
The Lime trees have a citrusy scent to the flowers. The only other tree that I know of that can be described as smelling on cinnamon is the Ponderosa Pine tree and I have no record of that species in the borough. The source of the cinnamon is more likely to be from a smaller plant such as Scented Geraniums or Dianthus. 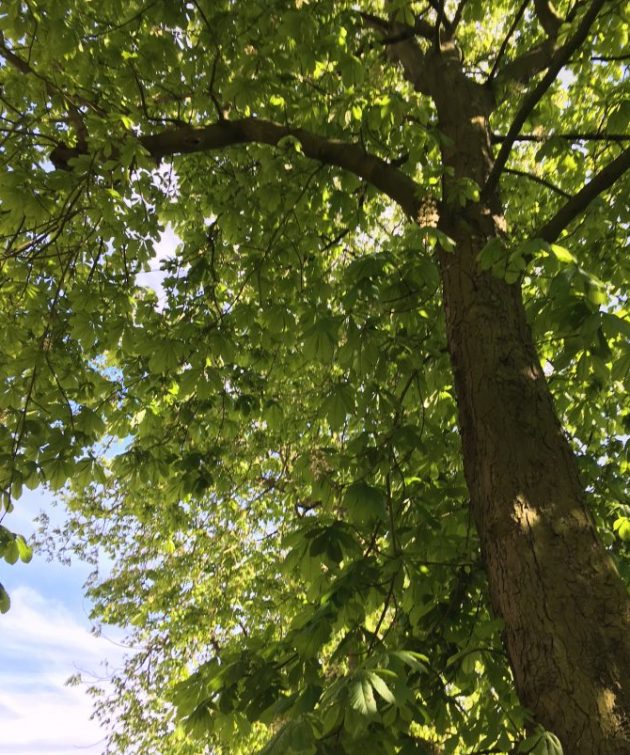 A question from Wansteadium
Can you give an update on the health of Wanstead’s Horse Chestnuts, particularly regarding the various moths and blight which afflict them and which seem to bring brown shrivelled leaves earlier every year?

Answer
The prognosis for the future of Horse Chestnut trees is not good. The Leaf Miner does result in the premature browning of leaves; however, it is the infection of Bleeding Canker, which leads to the dead branches and dead trees that is the primary cause for concern. There are ongoing trials for chemical treatments of Leaf Miner, initial results have varied results and we are awaiting the final results and recommendations for use. The non-chemical treatment involves the removal of fallen leaves. Unfortunately, there are no available chemical treatments for bleeding canker and the non-chemical treatment is rather simplistic and involves the removal of dead branches and trees. 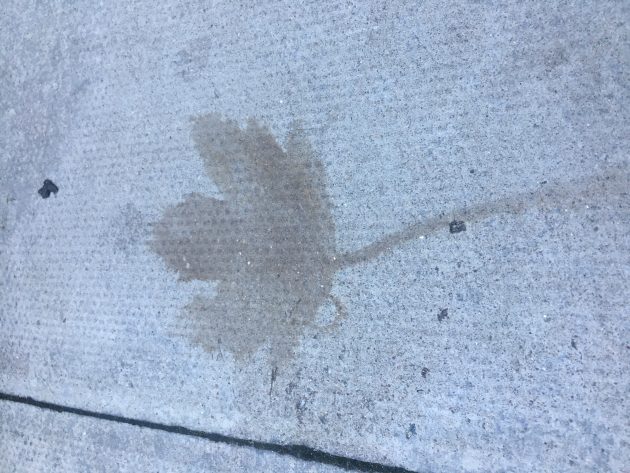 And another question from Wansteadium
What causes the imprints of leaves left on a pavement surface?

Answer
The leaching of sugars, tannins and heavy metals from leaves into porous and or alkaline paving surfaces can result in a leaf imprint.