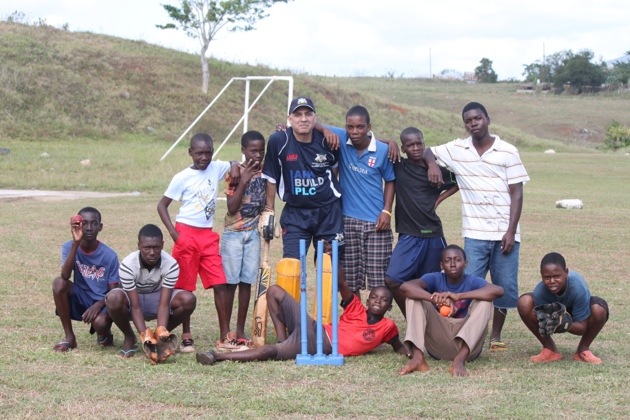 Wanstead and Snaresbrook Cricket Club has embarked on a tour of Jamaica which has led it from training with youngsters, playing under the gaze of Test match umpire Steve Bucknor, and a maximum security prison.

The tour, which is in support of the Courtney Walsh foundation, has so far seen not much cricketing luck, with the first three games being won by the home teams. But there’s been plenty else going in. Captain Arfan Akram writes: “En route to the airport the Coach Driver managed to get the team through security at the National Cricket Stadium ‘Sabina Park’ and the head grounds man ‘Mr Charles’ was only welcoming for the team to walk the sacred pitch that had the greatest cricketers the world have seen show off their skills. 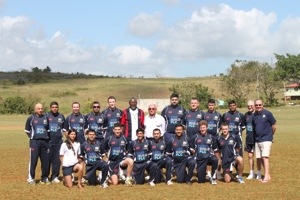 “Friday was the Tourist Day. Juliet Gordon from Ye Old Jamaica Tourism picked the group up at 7.30am to start our venture to “Appleton Rum Factory”. Having learned how all 5 brands of the Appleton Rum range was created from sugar cane to bottles on our shelves the group then moved to YS Falls to experience the natural beauty. After the lunch the group were entertained on a boat at the swamps of the Black River Safari, an interesting experience watching a crocodile less than a metre to you and in the wild. The team then spent the evening mingling at the Wyndham Hotel with former England Cricketers Devon Malcolm, Phil Defreitas and John Lever who were all in Kingston representing “The House of Commons/Lords XI” for a short tour.”

Today, Monday, the team will visit the Bob Marley Museum followed by an afternoon match against Tower Street Prison against the prison inmates inside one of the most dangerous and high security prisons in the world. The match will have more than 1,000 prisoners watching and eight snipers patrolling and looking after the team. Since the Courtney Walsh Foundation includes a young offenders project, the players and coaches will get the opportunities to talk to the prisoners and help with their rehab.

Wansteadium will bring further reports from the tour.