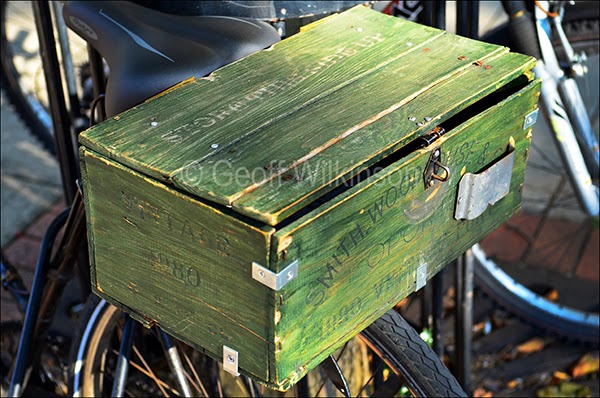 This is only the XLVIIth edition of Wanstead Weekend Photo, but Geoff Wilkinson has reached his LIInd week, having started V weeks before we did. He hit his anniversary this week. Though his initial ambition was to run Wanstead Daily Photo for a year, he’s decided to carry on. A French photograher has been doing a similar project for eight years, Geoff says, with a slight sigh. Anyway, about this week’s photo he says: “I noticed this very stylish ‘saddlebag’ on the back of a bicycle parked outside Wanstead tube station. In stark contrast to the basket on the front, this wooden box originally contained 1980 vintage Port. What a great idea, cycle recycling!”