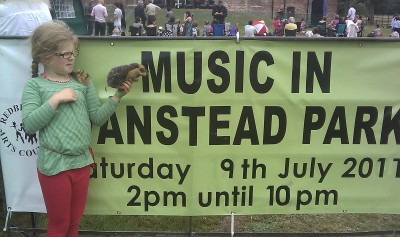 The positive sightings of urban hedgehogs in Wanstead (including this one, above, as helpfully reported by Tim Wright) have been encouraging. But readers might be interested in these other wildlifey things going on around Wanstead, as reported by the excellent Wanstead Wildlife site.

* Four mink have been spotted in Wanstead Park, and wildlife watchers are extremely concerned about the threat they could pose to birds and other animals. Paul Donovan told the Wanstead Guardian: “Something needs to be done because they can kill everything in sight and if they kill the voles, that has implications for the birds and suddenly theyâ€™re having an impact on the parkâ€™s ecology.” Anyone spotting a mink (image here) should report it to the Corporation of London on 020 8502 1010; it is hoped they can be trapped.

* Paul Ferris recorded this remarkable video of a knot of toads heaped together at the end of May.

Heaps of Toads from Paul Ferris on Vimeo.

Just read your posting regarding Wanstead wildlife and I thought I would share the attached photograph of a regular visitor to my garden on St Mary’s Avenue. The photo is of a single green parrot, however last week we had 3 of them all feeding at once! Hope you enjoy and keep up the good work 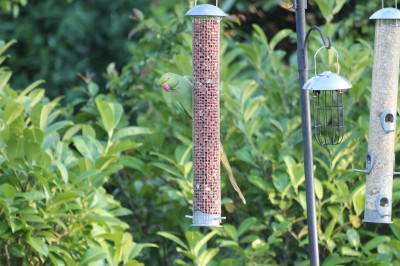