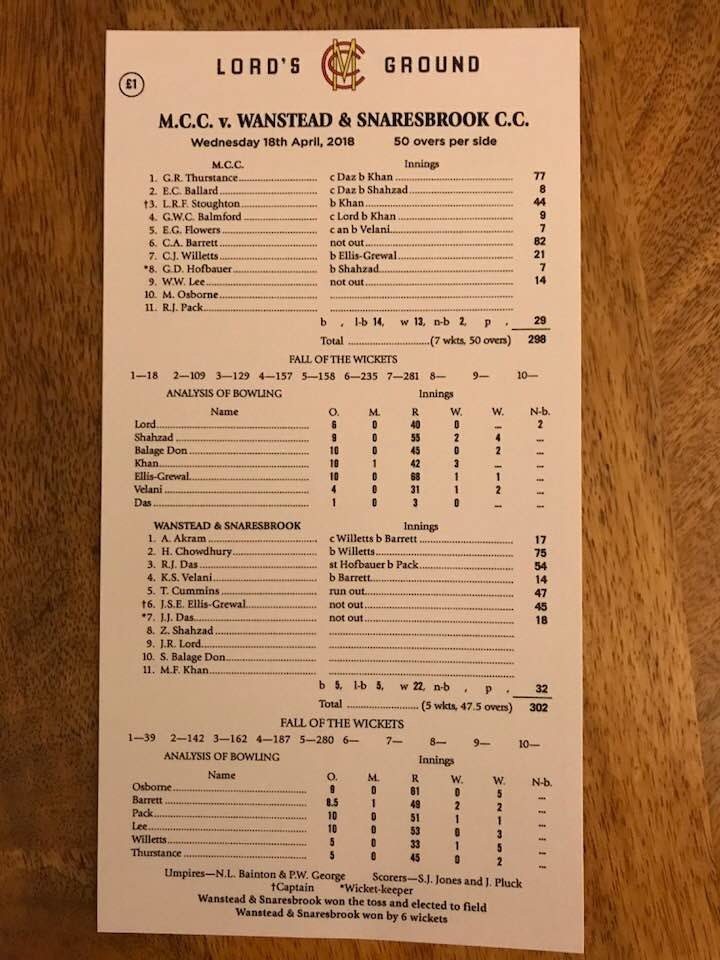 Wanstead and Snaresbrook Cricket Club – who last year become cricket’s National Club Champions – won against the MCC at Lord’s this week. They were invited to play because they start the season as reigning champions.

They won the 50-over match with nearly three overs to spare, thanks to high scorers Hassan Chowdhury, who scored 75, and Robin Das who made 54.

Wanstead & Snaresbrook CC – on behalf of the people of Wanstead, we salute you!

One thought on “Wanstead win at Lord’s”