More than one Wanstead resident will have pondered whether there is the chance of a quick buck by renting out their home during the Olympics. I must confess I have myself. But take a look at this listing, as spotted by reader Wansteadium Janah, who says “Have you seen this?? Â£60,000 a week! In Aldersbrook!” You might note, on your way to the floor as you pass out, that the house has 16 bedrooms and maid service. But still.

I’m happy to be able to clear up a quandary for fellow reader Catherine, though, who was mystified by a story in the Wanstead Guardian a couple of weeks ago. “The 19 January edition features a front page article about renting homes during the Olympics. It mentions that a home in Thyme Avenue is asking for Â£10,000 a week. Having lived in Wanstead all my life I was surprised to have never heard of the road. I went to Google Maps and was surprised to The Avenue named as Thyme Avenue. I don’t think the road has undergone a name change but how could Google and The Guardian get it all Pete Tong?” 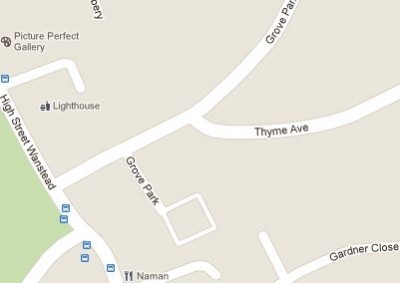 Well I can clear up one thing. There is not, nor ever has been, a road called Thyme Avenue there. I checked with Redbridge Council who very helpfully confirmed that “The Avenue in Wanstead has always been known as The Avenue ever since its creation circa 1897”. I can’t clear up how Google invented a name – and even less how our own local paper would fall for it. The council has contacted Google to have the mistake corrected.

Friends, I live to serve.