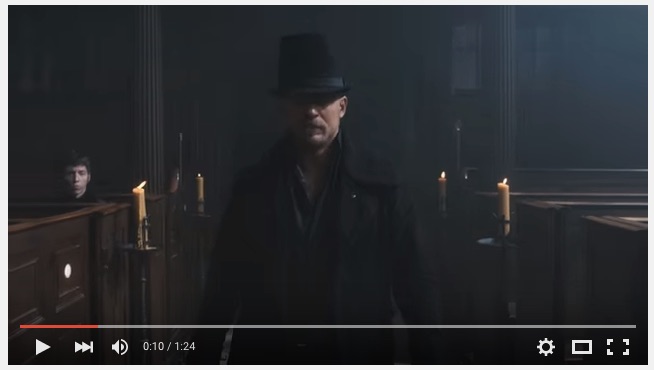 Tom Hardy’s appearance in Wanstead last month for the filming of his new BBC series Taboo was a pretty exciting event for many. And now a trailer for the series has been released by its US broadcaster FX. In it you can clearly see Hardy walking down the aisle of St Mary’s.

Despite the quick work with the trailer, it’s thought the series won’t be broadcast until 2017.

UPDATE, FRIDAY 8PM It appears that the video is now no longer available in the UK. Still, it was good while it lasted.

(iPhone users will need to tap here to watch the video.)