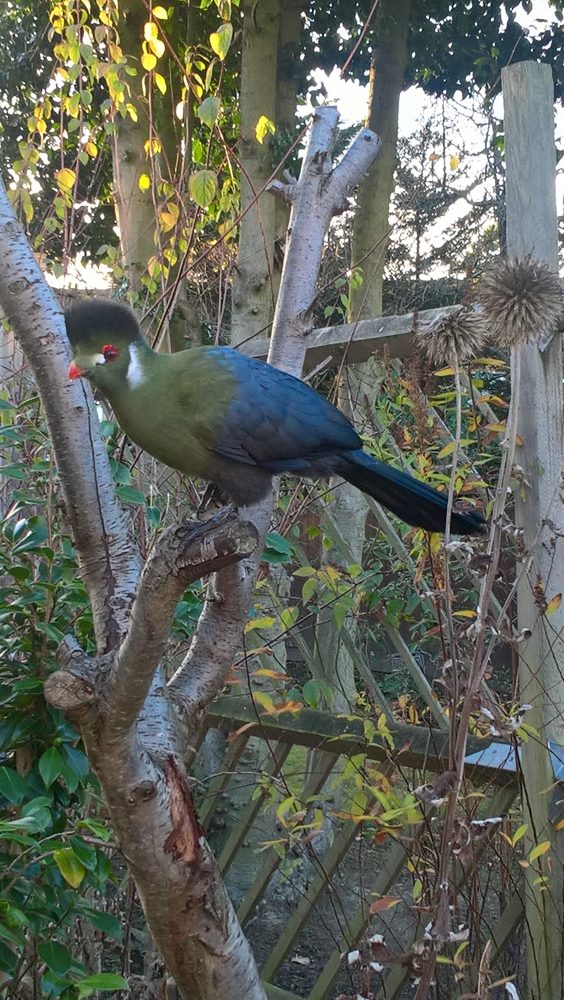 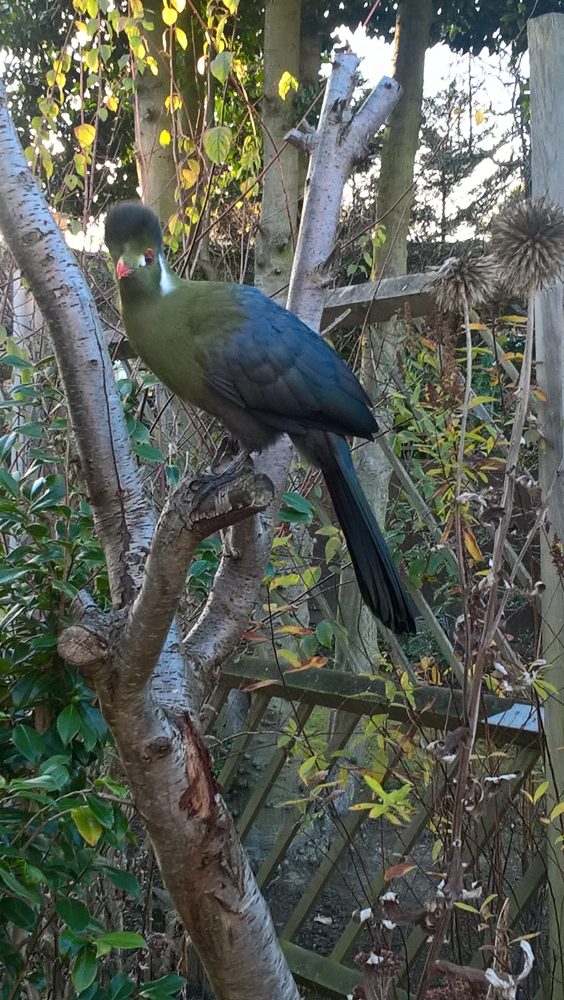 Some amazing shots of the famous white-cheeked turaco of Aldersbrook. We reported earlier this year on the bird which has apparently happily lived wild in the area for four or five years.

The turaco is native to Sudan, South Sudan, Ethiopia and Eritrea, and this one is thought to have been an escaped or released pet.

Wansteadium reader Maggie Barrett spotted the bird in her garden in Windsor Road.  She writes:

“He came very close to me and didn’t appear worried about me taking photos. I know he has been around for a few years but he hasn’t been seen for a while. When he flies, the underside of his wings are an incredibly bright red. Really beautiful. My neighbours see him regularly as he seems to enjoy the company of their chickens. They have named him Bob.”