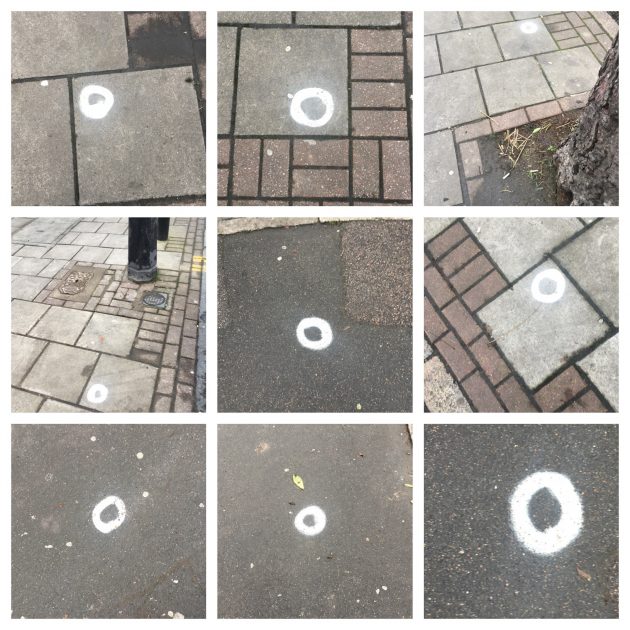 Just some of the spots where 800 poles will be inserted into Wanstead pavements to announce the new parking restrictions. Nice work if you can get it. Economist John Maynard Keynes said “the government should pay people to dig holes in the ground and then fill them up” as a way to stimulate the economy. Could this be why Redbridge’s parking plan has been tabled as part of a “budget” proposal rather than a “highways” one?

In other parking news, this unfortunate scheduling clash has been brought to our attention. While some residents will be taking part in the only public meeting being held about parking, on Friday night at the Scout Hall, in Wanstead Library a completely different meeting will be taking place. 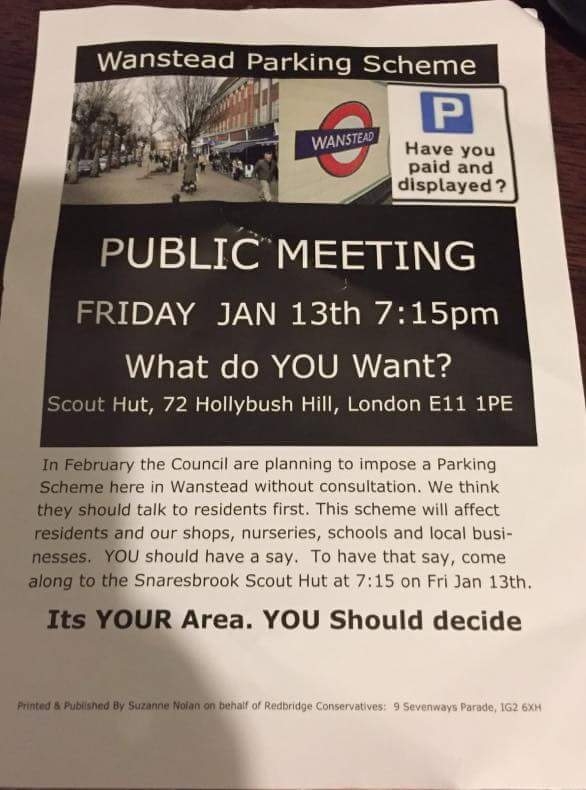 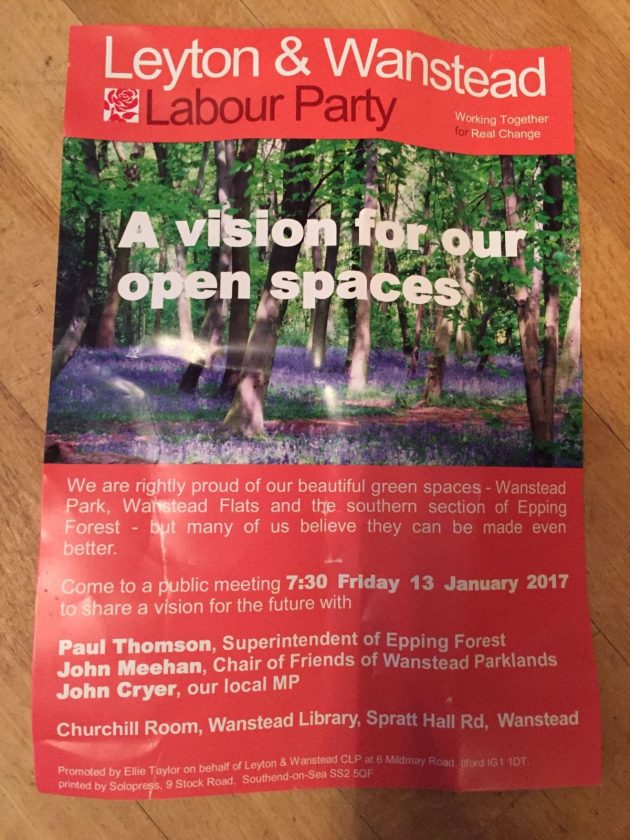 UPDATE: ArrGee writes at his relief on hearing the white rings were for poles. He thought they were evidence of Mysterons.

19 thoughts on “An influx of poles”